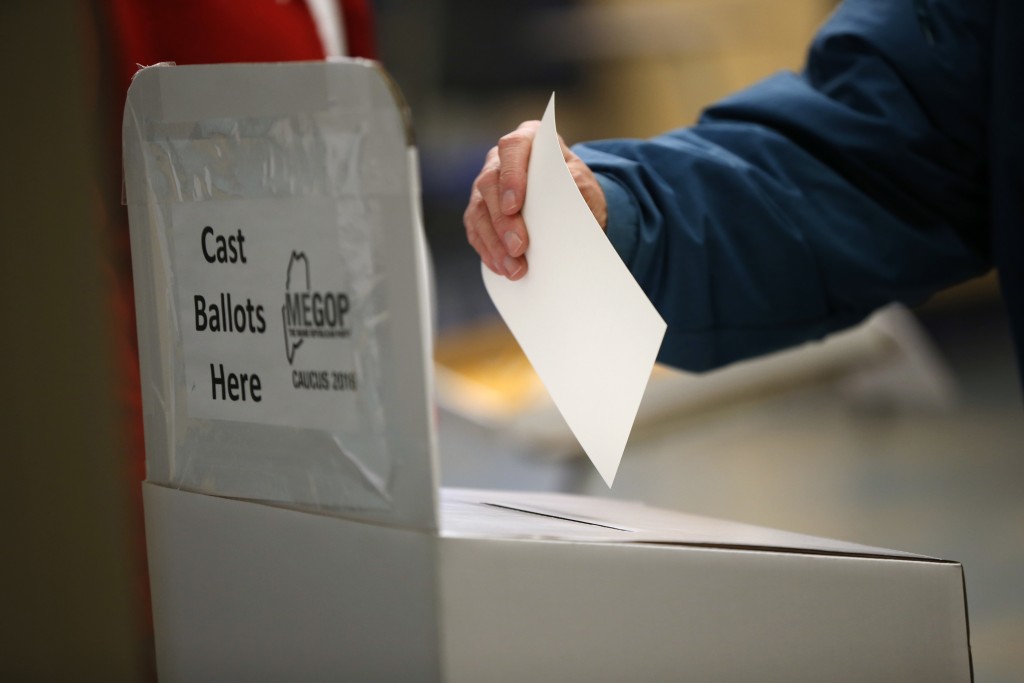 Outraged claims of voting fraud are no longer only a regular part of elections in unsteady, young democracies; they’re increasingly being made in established democratic countries by populist politicians who question the fairness of the voting process — and with it the validity of representation by and for the people.

At the final debate of the presidential election, Donald Trump refused to commit to honor the result of the Nov. 8 vote. But he’s not the only example of a politician casting doubt on the fairness of the democratic system in countries where it is the norm.

Austria’s right-wing Freedom Party had the results of presidential elections this year overturned after its candidate was narrowly defeated; fear that ballots marked in pencil in Britain could be tampered with forced that country’s electoral commission to issue a statement reminding voters they could use a pen if they preferred; and former Italian premier Silvio Berlusconi has yet to concede defeat in a 2006 vote that he claims was flawed.

Populists in Europe argue that the cards are stacked against them by the whole process, a message that appears to be gaining support.

“A wide segment of people is questioning democratic institutions across Europe and the U.S.,” said Brian Klaas of the London School of Economics and Political Science.

Politicians in young democracies are predictably most prone to cry fraud. Opposition parties in the formerly communist Yugoslav republics of Montenegro and Macedonia have questioned the validity of national elections in the past year, and Poland’s right-wing Law and Justice party, now in power nationally, challenged the results of local elections it lost two years ago.

But populist parties in some of Europe’s established democracies are also increasingly flashing the fraud card, hoping to gain by spreading distrust of the establishment, even at the cost of turmoil.

There is no evidence of widespread voter fraud in the United States. In one study, a Loyola Law School professor found 31 instances involving allegations of voter impersonation out of 1 billion votes cast in U.S. elections between 2000 and 2014.

Nevertheless, the claims appear to be leaving their mark in the U.S. An Associated Press-GfK poll in October found that among Trump supporters, only 35 percent say they will most likely accept the results as legitimate if Hillary Clinton wins. That’s only about half as many as among Clinton backers.

Conspiracy theories reflecting distrust of the U.S. government are not new. A poll in 2013, half a century after John F. Kennedy’s assassination, found 60 percent of American respondents disbelieve official findings that a lone gunman was the only person responsible for killing the U.S. president.

But the internet has made it easier to find information — or disinformation — for any number of beliefs, including mistrust of democracy.

“There is more false information easily available and more information is channeled toward us that is primed and selected based on our past (internet) activities,” said political scientist Nicholas Cheeseman of Oxford University. “So you are likely trapped into a set of images or conversations that reflect or reinforce your beliefs.”

The message that democratically elected governments are not serving the will of the masses also erodes support for that sort of governance.

“These people … claim that the elites have sold them out,” said Cheeseman, invoking the success of the Nazi mantra that post-World War I Germany lost territory to France through betrayal by its own and international governments.

“Populists,” he said, “make a lot out of picking an enemy and presenting themselves as the rescuers.”

They also exploit mistakes that occur even with the best of intentions.

In Austria, experts say the faulty practices noted by the Freedom Party probably existed also in previous votes and would not have changed the results.  But the nation’s highest court ordered a rerun. The judges had little choice: the party had warned of possible election fraud even before the vote, so ruling the election valid would have given it a permanent opportunity to cry foul. With the rescheduled election too close to call, the party has accomplished its goal of giving its candidate, Norbert Hofer, a renewed chance to win on Dec. 4.

And although the court found no case of willful wrongdoing, some Freedom Party officials continue to claim otherwise — as do some voters.

“All the polls showed Hofer ahead” before the vote, said Hofer supporter Josef Hladek. “Don’t tell me there wasn’t any funny business going on.”

Willful wrongdoing is rare — but suspected cases are seized upon. As it surges in popularity, Germany’s populist AfD party has cited false ballot counts in one voting district during last year’s municipal elections in the city of Bremen to cast the legitimacy of all future votes into question.

Party head Joerg Meuthen said it shows that “not even elections are guaranteed by the rule of law.” Prominent party member Enrico Komning said intentional cheating in Bremen “is difficult to prove, but the bitter aftertaste remains.”

Members of France’s anti-immigrant National Front also have claimed to be election victims, even though they themselves await trial over suspected illegal campaign financing and fraud during the 2012 legislative and presidential elections.