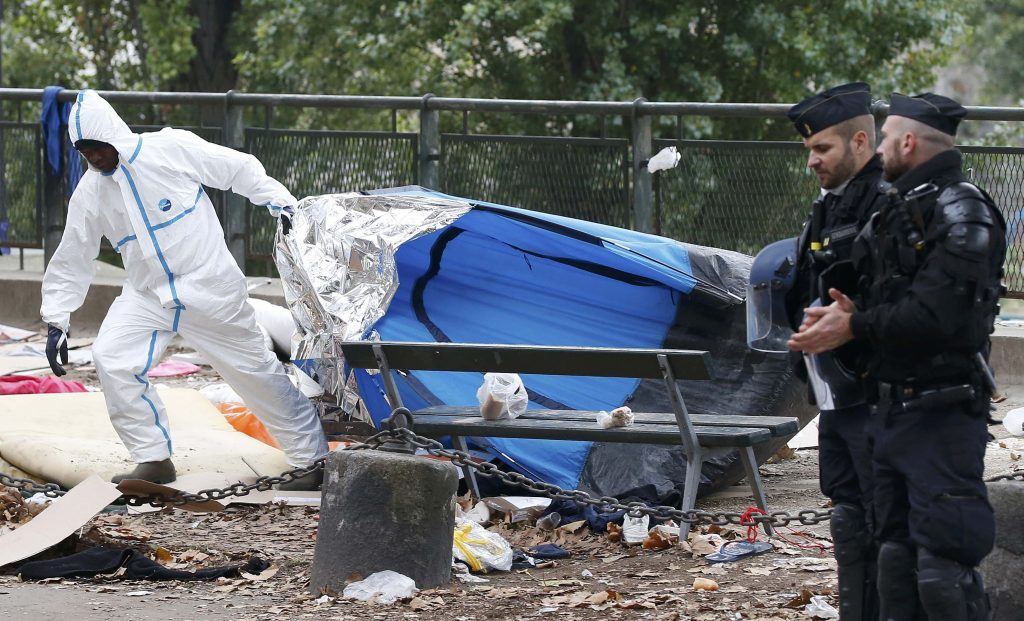 Police and city officials are clearing out hundreds of migrants camped out on sidewalks in northern Paris in a camp that recently grew into a new challenge for the French government.

Migrants are boarding buses to temporary shelters for processing in an operation that began before dawn Friday, according to Paris police. Aid groups say between 2,000 and 3,000 migrants have camped out in the area in recent weeks.

While authorities regularly evacuate migrants camped in Paris, the issue has taken on greater concern since the government shut down a vast camp in Calais last week and moved thousands of migrants to temporary reception centers.

Some of the Calais migrants fled to Paris, joining others who have arrived from Italy after dangerous crossings from the Mideast and Africa.