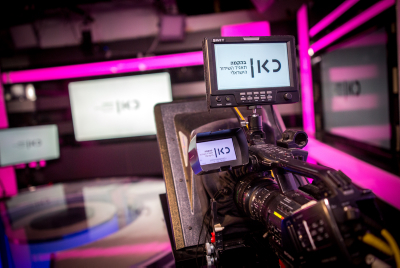 Prime Minister Binyamin Netanyahu backed down from his demand to hold a vote as early as next week on closing down the new public broadcasting body, and instead agreed with Finance Minister Moshe Kachlon to set up a committee that will make recommendations on the future of the project. Netanyahu’s decision was seen as an elegant way to avoid a coalition crisis, after Kachlon said earlier that he would oppose any closure of the new body, because doing so would be too expensive, analysts on Channel One said.

In a joint statement, the two said that “in light of Finance Minister Kachlon’s position that the budget for the public broadcasting body not exceed the amount allocated to it in the state budget, it was decided to establish a committee made up of officials from the Prime Minister’s Office, and the Finance and Communications Ministries to discuss the matter. The committee will present its recommendations within three weeks.”

A cabinet discussion on shutting down the public broadcasting authority that is supposed to replace the now-defunct Israel Broadcasting Authority was scheduled for discussion at last Sunday’s cabinet meeting, but was postponed until next week, when Kachlon failed to show up for the discussion. Kachlon’s office said the minister was busy working on the state budget, but opposition MKs opposed to shutting down the body declared a “victory,” saying that Kachlon’s absence was “a public protest and declaration” by Kachlon of his opposition to Netanyahu’s move. Kachlon later stated that he would oppose the move because it would be too expensive. “I welcome anyone who wishes to go ahead with this closure to come up with the money to do so first, and then we can talk,” Kachlon said.

The bill to be discussed was proposed by MK David Bitan (Likud), which would have essentially turned the clock back, canceling the new public broadcasting authority before it begins operations on its scheduled January 1st launch date, and restoring a pared-down version of the IBA, which would be dependent on government funding without collecting the annual tax that Israelis had long complained about before it was abolished last year.

The reason for the shutdown was not the budget, but politics. Speaking to Channel Two, the MK said that “it is very clear to us that this new broadcasting body will be extremely leftist. Already, before broadcasting one word, the head of their economic desk has been spreading insults about Netanyahu on social media, and many of those hired by the body are well-known for their leftist views.”

Sources in the Likud said that Netanyahu intended to enforce coalition discipline on the matter, meaning that all coalition members would have to vote in favor. However, one of the most vocal opponents of shutting down the new body has been Jewish Home chairman Naftali Bennett. “Canceling the new program will cost us a billion shekels” in contract buyouts, he said.  “Who is going to pay for this, considering all the other expenses – health, education and the rest?”

The opposition was also vociferously against the move, with MKs accusing Netanyahu of trying to “choke off public debate and criticism of his policies,” opposition sources said Sunday. “This is an attempt to kill off democracy and imprint the state with the image of Netanyahu.”