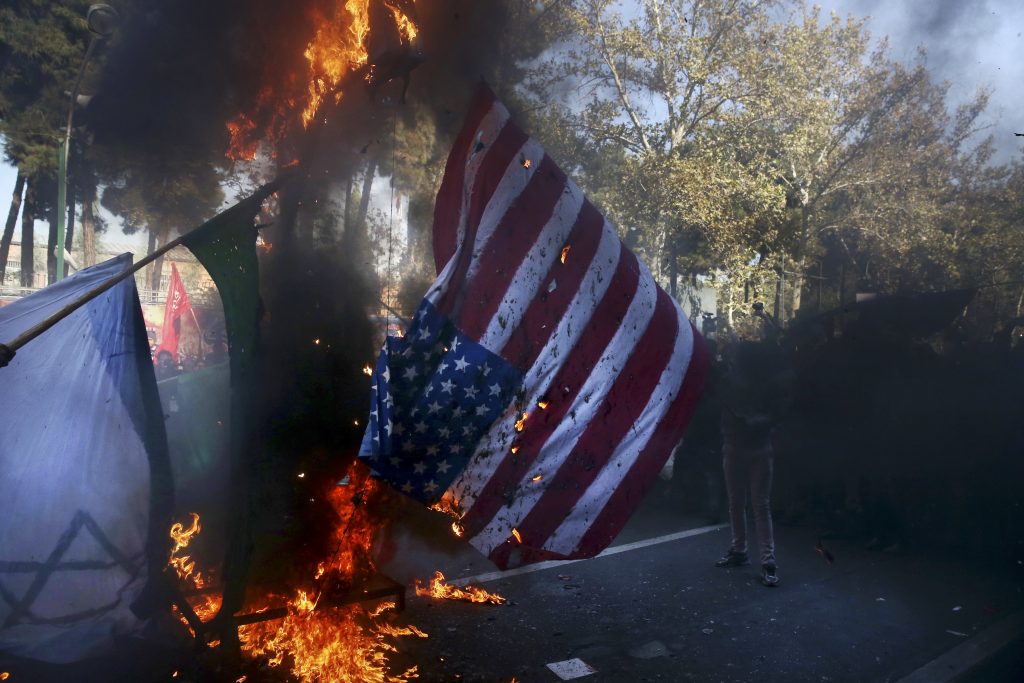 Thousands of Iranians have burned the American flag and chanted anti-U.S. slogans as they marked the anniversary of the seizure of the U.S. Embassy in Tehran by militant students 37 years ago. Such protests take place every year outside the compound that once housed the embassy on the anniversary of the 1979 takeover that followed the Islamic Revolution in Iran.

Iranians at the rally outside the former embassy building on Thursday chanted “Death to America” and “Death to Israel” and burned the U.S. and Israeli flags.

The two countries have had no diplomatic relations since then.