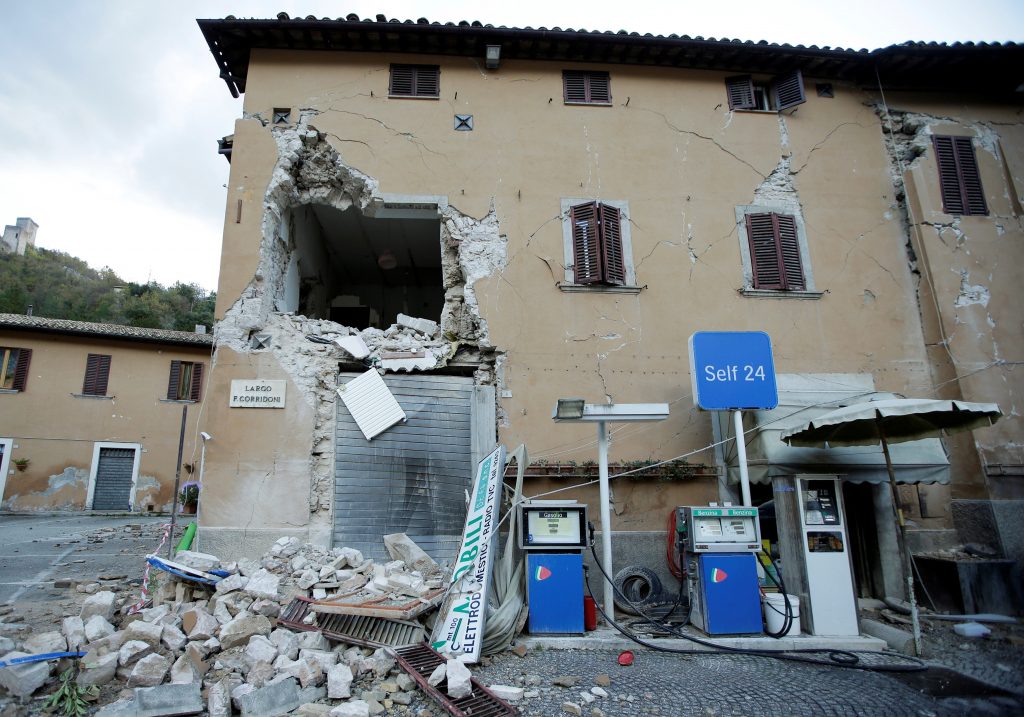 A strong earthquake hit the same area of central Italy on Thursday that has already been battered by a spate of recent tremors, but there were no reports of casualties or further serious damage.

The U.S. Geological Survey (USGS) initially measured the quake at 5.0 but later revised it to 4.8. Its epicenter was in the Marche region, one of three areas hit repeatedly since August.

Nearly 10 hours after the latest quake, there were no reports of casualties, injuries or serious damage to buildings already weakened by previous tremors.

Earthquakes measuring 5.5 and 6.1 hit the area on Oct. 26, followed by a 6.6 magnitude quake on Sunday, the biggest tremor to strike Italy for 36 years.

The recent quakes have reshaped more than 230 square miles of land, lowering areas around the epicenter by up to 28 inches, according to data released by Italy’s National Institute for Geophysics and Volcanology (INGV).

Central Italy was hit by an initial earthquake on Aug. 24 that killed 300 people, most of them in the town of Amatrice. Since then, some 21,600 aftershocks have battered the region, the INGV said, driving most residents from their homes.