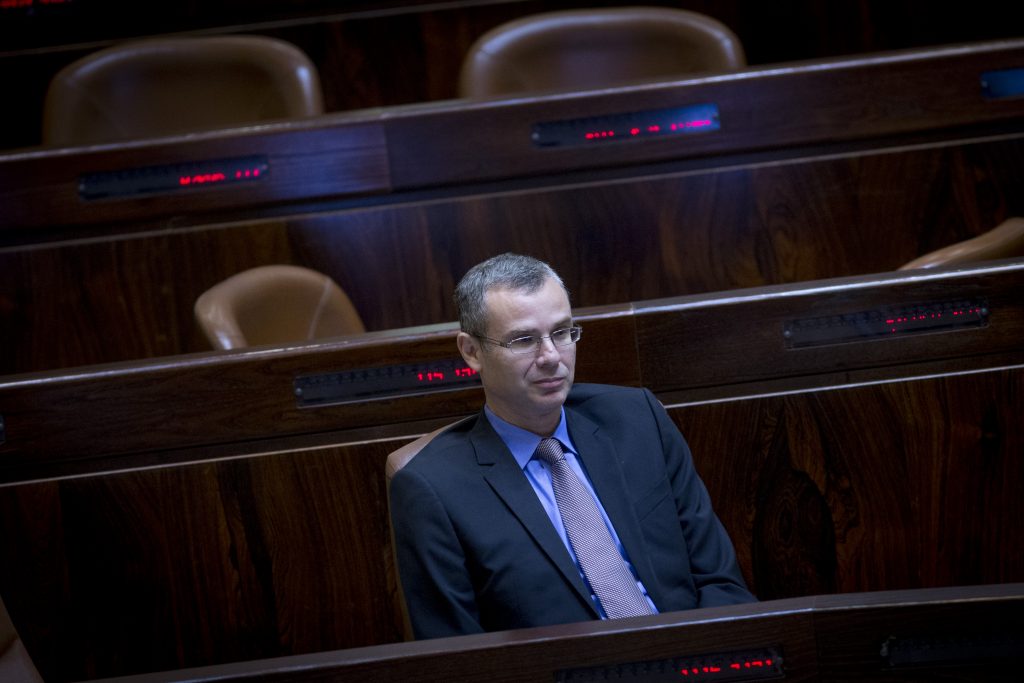 The confrontation between Minister of Justice Ayelet Shaked and High Court President Miriam Naor flared into a political free-for-all on Thursday following Naor’s public letter of rebuke to Shaked for putting a “gun on the table” by her tacit backing of a bill to take away the Court’s veto on the Judicial Appointments Committee.

Naor, who released the letter to the media, said she should have been consulted before the bill to change voting procedure on the committee was put forward, and cannot negotiate the matter under the circumstances. She said that the justices would attend official meetings of the committee but would not be pressured or extorted. Shaked’s office said only that business would continue as usual.

The fight over judicial appointments touched off another debate over the broader issue of the role of the judiciary in Israel in general. Critics of the Court have long accused it of meddling in affairs properly the province of the Knesset through its policy of “judicial activism,” whereas defenders of the Court accuse the critics of seeking to undermine the Court’s authority and politicize the judicial process.

If Shaked was not responding to Naor’s letter, Tourism Minister Yariv Levin (Likud), certainly did. He declared he was shocked by it, because it “shows that, in her view, the court does not belong to the state, but is above it, as if it is her private domain.

“The chief justice is trying to intimidate the Justice Minister, the government and the Knesset, by using an inappropriate tool of boycotts that our enemies use when they’re trying to force us to do things that are harmful to Israel,” Levin charged.

“The Supreme Court President’s decision to stop discussing judicial appointments is an opportunity to make the necessary change to the committee’s make-up, in a way that will remove the judges from it who try to dictate appointments and bring in their friends without transparency, in a way that goes against basic democratic values.”

Opposition leader Isaac Herzog (Zionist Camp) said the bill was an example of how “Netanyahu and his soldiers in the Knesset are leading a sort of revolution to purify the judiciary, the media, all criticism and fair democratic processes, in order to perpetuate his rule.”

Yisrael Beytenu faction chairman Robert Ilatov, who sponsored the bill that started the fracas, said he hopes to reach agreements with the judiciary about the legislation, and said he doesn’t understand what “all the fuss” is about.

“The bill talks about choosing High Court Justices by a simple majority and not two-thirds, which is the current situation, in order to strengthen democracy in the judicial selection process,” he explained. “The bill has yet to reach the Ministerial Committee for Legislation and hasn’t moved forward at this point.”

Ilatov called on Shaked and Naor to begin talking to each other again, in order to reach an informal agreement on handling an impending round of appointments to the Court, so that his law will not be needed.