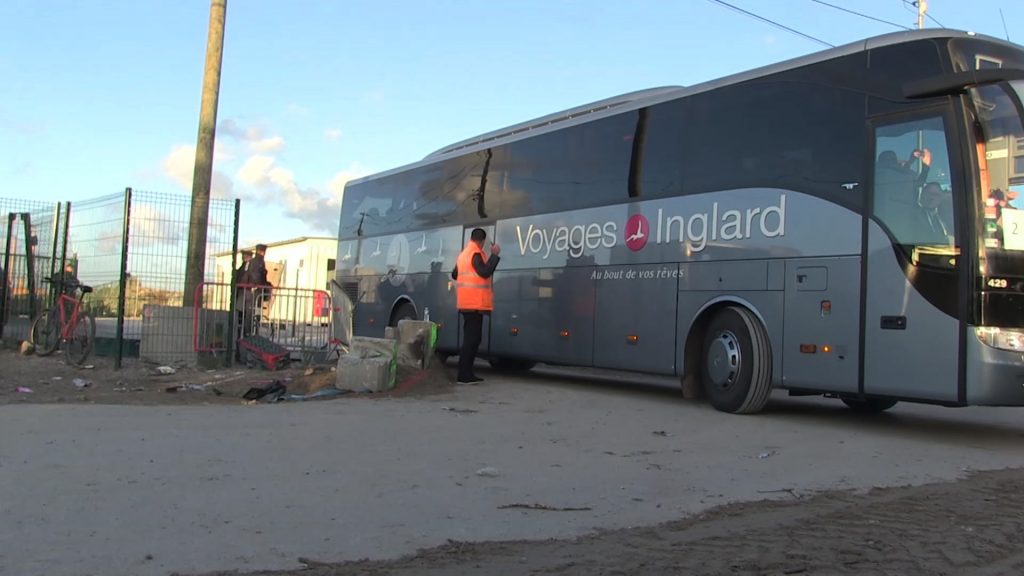 French authorities bused hundreds of child migrants out of Calais on Wednesday to processing centers around France, as the government tries to bring a definitive end to the notorious migrant camp in the English Channel city.

Authorities hoped to move out all the 1,500 unaccompanied minors who had been living in Calais by the end of the day.

Most of the youths lined up calmly to board the buses, though one grabbed onto a fence begging British officials to take him to the U.K.

French authorities transferred more than 5,000 adult migrants out of Calais last week, but the fate of its children had remained unclear. Migrants from the Mideast and Africa had converged on the camp over the past 18 months in hopes of crossing to Britain. The filthy, lawless site, which migrants refer to as “the jungle,” has become a symbol of Europe’s migrant crisis and a source of shame for France.

The child migrants are being taken to 60 dedicated centers scattered around France where British officials will study whether they have the right to U.K. asylum, according to French and British authorities. The others will be put under the care of French child welfare services.

The operation has rekindled tensions among some youths, and fears that it means the end of their dream of reaching Britain.

“I don’t like to stay in this country. I stay in the jungle four months and 12 days … They are saying : ‘you are young, we can help you’. But they are not helping me,” said Carlos Osma, a 16-year-old from Sudan, before boarding a bus.

Four people were injured when clashes broke out Tuesday night between Afghan and Eritrean migrants in the camp, the administration said. Police used tear gas to separate them, and strengthened security at the site overnight.

Representatives of the British Home Office were in Calais on Wednesday to explain to the children what will happen next.

Britain’s government says it has taken in more than 300 unaccompanied minors from Calais, and Home Secretary Amber Rudd told Parliament last week that several hundred more would be brought in soon. But details remain unclear. The issue is complicated by Britain’s recent vote to leave the European Union, which highlighted the public’s unease with immigration.

“We are absolutely committed to safeguarding and protecting children in Calais and have been working very closely with the French to ensure the camp is cleared as safely as possible,” Immigration Minister Robert Goodwill said in a statement Wednesday.

President Francois Hollande, noting that France is assuming responsibility for the vast majority of Calais’ migrants, has pushed Britain to take in more minors — both those who have family ties in Britain but also those who qualify for refuge based on the “best interest” of the child.