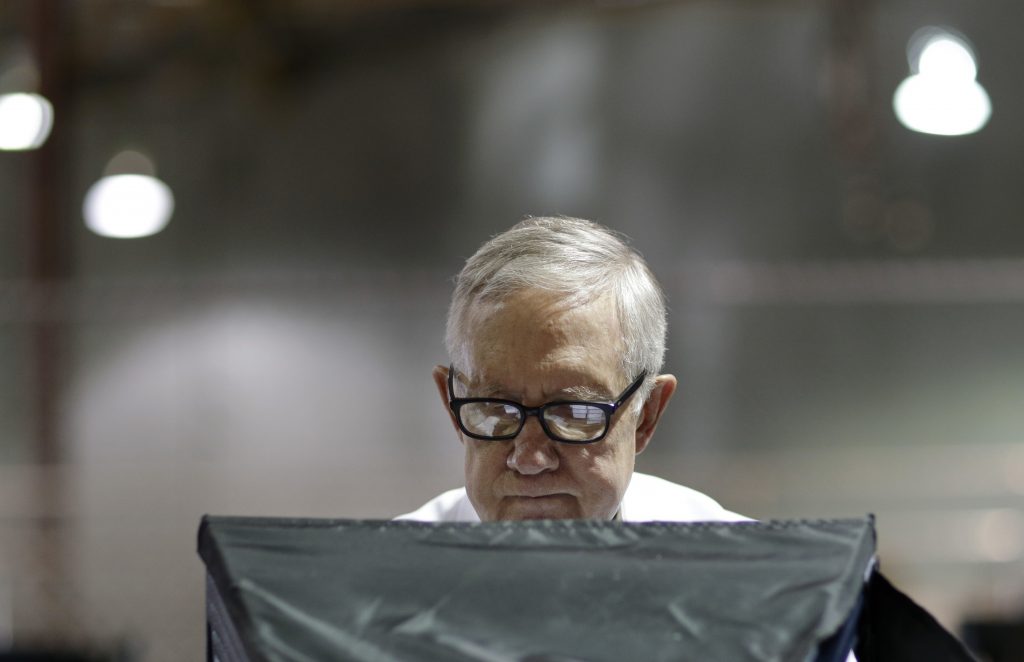 Sen. Harry Reid, have you left no sense of decency?

Pardon my appropriation of Army chief counsel Joseph Welch’s famous retort to Sen. Joseph McCarthy in 1954. But 62 years later this question is relevant yet again. Reid, the Senate minority leader, is engaging in the same kind of innuendo-laden rumor-mongering made infamous by Tailgunner Joe. When they go low, Reid goes lower.

Over the weekend, Reid, D-Nevada, released a letter to FBI director James Comey alleging that Comey himself had told him the FBI possesses “explosive information about close ties and coordination between Donald Trump, his top advisors, and the Russian government.”

“The public has a right to know this information,” Reid wrote, adding that Comey has resisted calls to make it public, even though he informed Congress about the potential for new Hillary Clinton e-mails.

It is a terrible idea to pressure the FBI to influence the election. It’s one of the reasons I argued last week that Republicans should be wary of demanding the FBI’s intervention against Clinton. When Reid says this about Trump, he undermines the Democratic Party’s argument that Comey was wrong to inform Congress about a potential development in the Clinton e-mail investigation.

What’s more, Reid is an unreliable messenger. Remember that before the 2012 election, the senator said that Mitt Romney was not paying his taxes. That claim turned out to be false. The New York Times reported Tuesday that so far the FBI has not found evidence of coordination between Russia and the Trump campaign, even though it has explored some tantalizing leads. This is the nature of investigations. They take enough twists and turns that it’s irresponsible to announce them before the prosecuting authority is ready to make a case in court. That is the Democrats’ strongest argument against Comey, or at least it used to be.

Finally, Reid’s stunt is entirely unnecessary. The public already has access to lots of information about Trump’s own coziness to Russian President Vladimir Putin. Much of this is what Trump himself has said during this campaign. Remember the Republican candidate last month lied in a debate with Clinton about not knowing Putin, after he boasted of his relationship with the Russian autocrat during the primary.

Trump, like Putin, has cast doubt on the North Atlantic Treaty Organization, suggesting that if he is president, the U.S. may not come to the defense of states that don’t pay their fair share. His campaign operatives altered a Republican platform position at the convention this summer to take out a call to arm Ukraine’s government. Trump has praised Putin as a strong leader. For a few months Trump’s campaign manager was Paul Manafort, whose name appeared on a ledger of people paid by Ukraine’s ousted president, who fled his country in 2014 for Russia.

Then there is what the Russians themselves have been doing to benefit Trump’s campaign. The director of national intelligence has said the Russians are responsible for a string of hacks against prominent Democrats, including the Democratic National Committee. E-mails found in those hacks have been distributed by WikiLeaks, whose founder Julian Assange once hosted a talk show distributed by Russian state television. Speaking of Russian state television, its English language arm, RT, has provided the most pro-Trump coverage of the 2016 election of any network.

Contrary to some critics on the left and the right, pointing out all of these connections is not a species of McCarthyism. Publicly stating that the FBI is holding on to “explosive” information about Trump’s ties to Russia, however, is. The difference is that Reid is resting his argument on innuendo and an appeal to secret knowledge. This was the hallmark of McCarthy’s own red hunting in the 1950s. This is why he was waving around secret lists of communists and such.

In the end McCarthy’s witch hunts did more damage to the cause of anti-communism than they did to the Soviet Union. Reid’s antics are yielding a similar effect. At a moment when the U.S. intelligence community assesses that Russia’s main objective in hacking the e-mails of Democrats is to sow confusion about the 2016 election, the Senate’s ranking Democrat is now sowing confusion about the FBI. The Kremlin couldn’t ask for a better outcome.