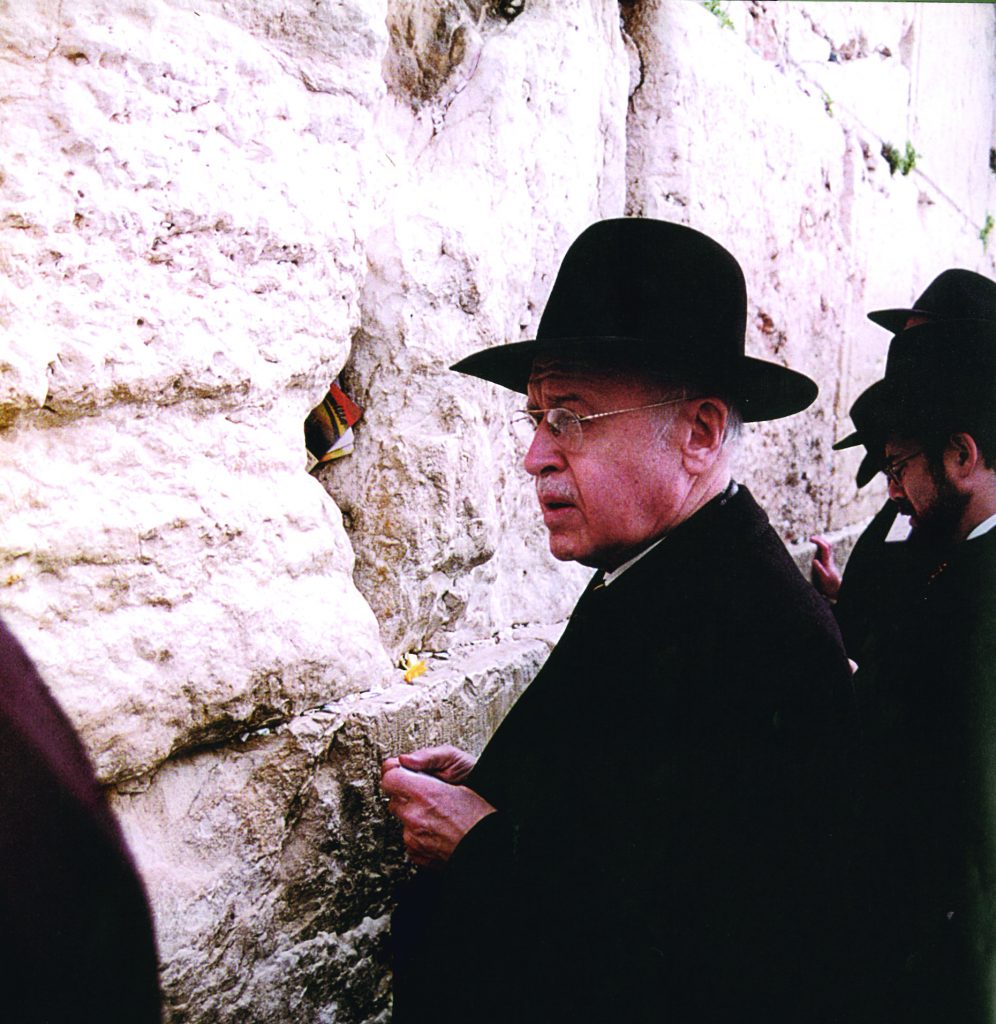 It has become a common question, especially among some of my contemporaries: “Who would Rabbi Moshe Sherer, z”l, have preferred in the upcoming presidential election?” As the president of Agudas Yisroel, the late Rabbi Sherer would certainly not have endorsed either candidate publicly. But as someone who watched him closely for nearly three decades, I would say there are some clear indications of how he would have approached the November election.

It is fair to say that he would have been aghast at the gutter level of the campaign. He frequently brought up the traditional values of a majority of Americans, and witnessing how this campaign has plunged into the depths of a moral abyss, he would have been shocked at how much America has changed since his petirah 18 years ago.

I always admired how fiercely loyal he was to those politicians who were there for our community. This loyalty was dependable even when the polls showed the candidate lagging. But he was not blind to circumstances, and when New York City was going through hard times in 1993 under incumbent Mayor David Dinkins, Rabbi Sherer advised his challenger Rudy Giuliani to replace his tough prosecutorial image and “smile more.” It turned out to be a winning formula for the former mayor. Giuliani rewarded Rabbi Sherer for his advice by inviting him to give the invocation at his inauguration on the steps of City Hall.

In general, Rabbi Sherer was truly old-school when it came to moments like we are going through in the waning days of the 2016 presidential campaign. His litmus test was clear: “Is it good for the Jews?” In U.S. presidential campaigns, that meant first and foremost an understanding of our community and protection of those liberties that allow our community to thrive in this medinah shel chessed. This always included protecting Orthodox employees against discrimination in the workplace, including the ability to observe Shabbos and Yom Tov. An important measure for Rabbi Sherer was always the importance of our chinuch and the degree of the candidates’ support. He was a strong advocate of constitutional means of helping parents who send their children to yeshivos, including tuition tax credits.

In addition to his concern for the welfare of our community in this country, he would say that “when it comes to the security of Eretz Yisrael, no one is a stronger advocate than I am.” Indeed, Eretz Yisrael was paramount even if it meant joining with Jewish groups not ideologically aligned with the Torah point of view. Having accompanied Rabbi Sherer to the White House and both houses of Congress, I can say that he never failed to raise the issue of the security of the yishuv.

Mixed into this roster of concerns was his general concern for such issues as the economy and quality of life, both of which he believed were basic to our ability to build a dynamic Torah community. Political affiliation did not matter when it came to his evaluation of the candidates based on the “shopping list” of concerns for the Torah (and, by extension, the entire Jewish) community.

Rabbi Sherer had another important concept which he often shared with those who worked with him. He knew that various Jewish “machers” would vie for recognition as representing the community. But he felt that there were two dimensions to every candidate: One was the candidate running for office and the other was the candidate who wins and gets to govern. He believed that it was an open field when it came to the first category, but he claimed that few are in a position to relate to the candidates once they win and have to govern.

The Agudas Yisroel leader grew up in an era when the only thing that mattered was votes. He often recounted a conversation he had with Speaker of the House John W. McCormack (1891–1980), with whom he had an outstanding personal relationship. As the powerful Speaker for 21 years, McCormack carried a great deal of weight in the country. “I may be the most powerful man in Congress,” said the Speaker, “but to continue to be the Speaker, I have to first get re-elected every two years by the 11th Suffolk District in Massachusetts with some 30,000 people.”

In his later years, Rabbi Sherer realized that the political game was changing and money had become an important factor in gaining favor with politicians. Although many askanim participated in financially supporting candidates who were favorable to our community, Rabbi Sherer himself refused to be drawn into the fray, continuing to insist that the only thing that mattered to him in any campaign was their stand on the issues.

My assumption is that had Rabbi Sherer been alive today, he would have insisted on meeting both Hillary Clinton and Donald Trump. He would have gingerly walked through the issues of concern to our community. I have seen him prepare for such a meeting, always armed with facts, and in his inimitable, articulate fashion address each of the issues. He would probably have also wanted to inquire about the people who will surround the candidate once they do govern, believing that this was an important indicator of how their administration will rule. Although he would not, and could not, publicly take sides, he was able to convey how the candidates responded to the concerns of our community.

When people would ask whom they should vote for, he would always revert to his original litmus test: “Is it good for the Jews?” I assume that this is a legacy the leader of Torah Jewry would have wanted to maintain under any circumstances, even if this campaign is not exactly what he was used to.