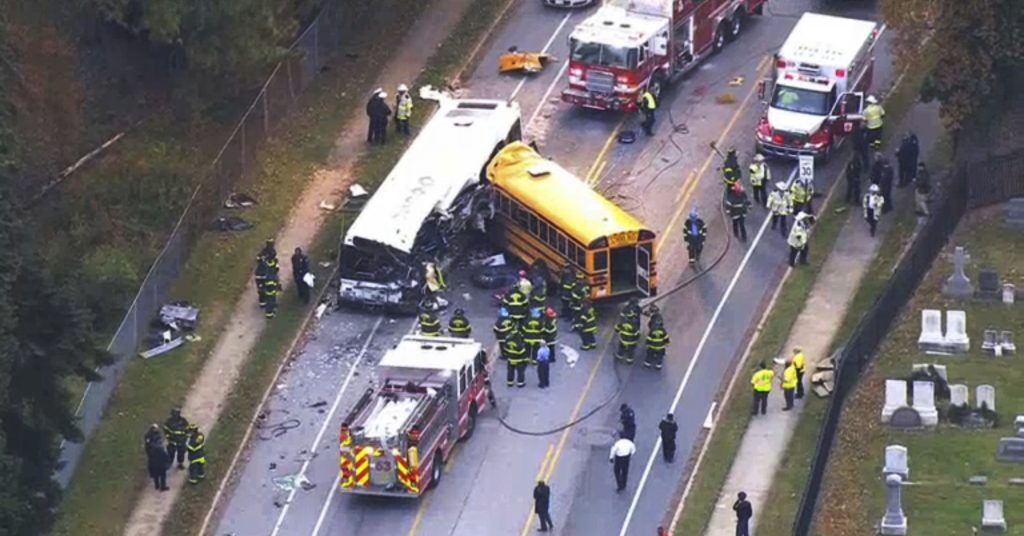 Police say six people were killed after a school bus and a commuter bus crashed in southwest Baltimore. Baltimore Police tweeted that no children were aboard the school bus that crashed early Tuesday morning.

Baltimore public schools spokeswoman Anne Fullerton said by telephone that no students are among the fatalities.

Video from above the scene while it was still dark shows the front part of a yellow school bus smashed into the side of a Maryland Transit Administration bus. The front of the school bus is crumpled, and the driver’s side of the MTA bus is ripped off with debris spilling down onto the road.

There was no immediate word on what caused the crash.