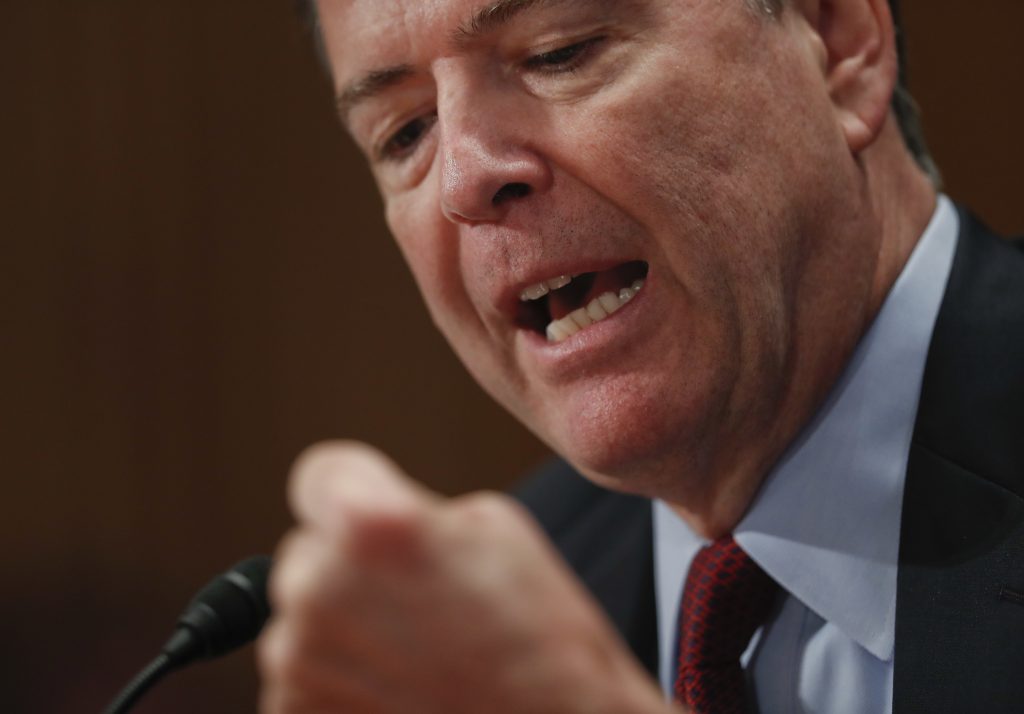 The continuing refrain from Hillary Clinton supporters and other observers that FBI Director James B. Comey’s action was “contrary” to Justice Department policy is flatly wrong. Given the particular circumstances facing Comey, it is absurd. While I do not agree with everything done and said over the summer in connection with the email investigation, I think that, last week, Comey had no choice but to issue the statement he did. Indeed, it would have violated policy had he not done so.

Earlier this year, everyone was calling for a responsible investigation and rapid resolution of the email matter. The FBI pushed ahead, and in July, Comey announced that the matter had been thoroughly investigated and that he would not recommend prosecution. That announcement was a great boon to Clinton’s campaign — she touted it as a vindication, and, in the wake of Comey’s announcement, her poll numbers appreciably improved.

The FBI then discovered that the investigation had not, in fact, been a complete one. It appears that thousands of emails exist on a computer [involved in an unrelated investigation] that had not been turned over during the [Clinton] investigation. The failure of the Clinton camp to provide all pertinent evidence rendered Comey’s July announcement misleading. The FBI’s investigation was not comprehensive and not complete, and the conclusions announced by Comey three months ago were therefore premature.

If the FBI remained silent about the newly discovered incompleteness of its earlier investigation, it would be deliberately leaving uncorrected a misleading statement being used by the Clinton campaign to its political advantage. Thus, failure to correct the record would have been deceitful and would have represented a political decision to influence the election by leaving in place a misleading statement. At this point, the right choice was honesty — explaining that new emails had been found and would have to be reviewed. To the extent this step might affect the election, its effect arises from correcting a previous erroneous statement — in other words, from truthfulness.

Much is being made of the point that Comey does not know whether the new trove of emails is significant. That misses the point. The two critical facts conveyed to the public in July were that the investigation was completed and that, based on that completed investigation, no prosecution was warranted. Disclosing these facts did not run afoul of the policy against commenting on investigations while they are underway. There is nothing wrong with conveying such facts; in cases of overriding public interest, it is done all the time, as for example in the House banking scandal and the so-called Iraq-gate matter during the 1992 election. But once the new emails were discovered, these statements could not stand. They were invalidated precisely because more investigation of the emails was necessary to complete the investigation and make a final determination of Clinton’s culpability. That is all that Comey’s letter says — that the FBI now has to review more emails before it can say it has completed the investigation. In other words, Comey simply said the FBI had more work to do.

Another complaint made is that, in July, a Justice Department prosecutor, rather than the FBI, should have made the ultimate call on whether the facts justified prosecution. That is true, but in this case it does not appear that Comey was usurping power so much as receiving a punt from the Justice Department. The department was all too happy to let Comey take the lead because his judgment would stand up as nonpartisan. In any event, this criticism is irrelevant to whether he was right to inform Congress that his earlier statement that the investigation was complete was not true.

The claim that Comey’s actions violated a Justice Department policy is just wrong. There is no policy — and never has been — that the department avoid any action that could affect an election. Rather, the policy has been twofold. First, prosecutors should not take any action for partisan reasons, i.e., for the purpose of affecting an election. Second, where the timing of an otherwise bona fide investigative or prosecutive step could affect the outcome of an election, those actions should be deferred absent a strong public interest that justifies taking the action before the election. Sometimes this requires difficult judgments. Here, it did not. Indeed, if anything would have “violated” Justice Department policy, it would have been to remain mute and fail to correct the record.

Finally, it must be remembered that this whole situation could have been avoided if those in the Clinton camp had provided all pertinent information to the FBI to begin with. They were looking for early resolution of the matter, and it was in their interest to be as thorough as possible in supplying information to the government. Whether through an innocent oversight or not, they failed to do this. To the extent the timing of Comey’s correction of the record is difficult for Clinton, it is a self-inflicted wound.