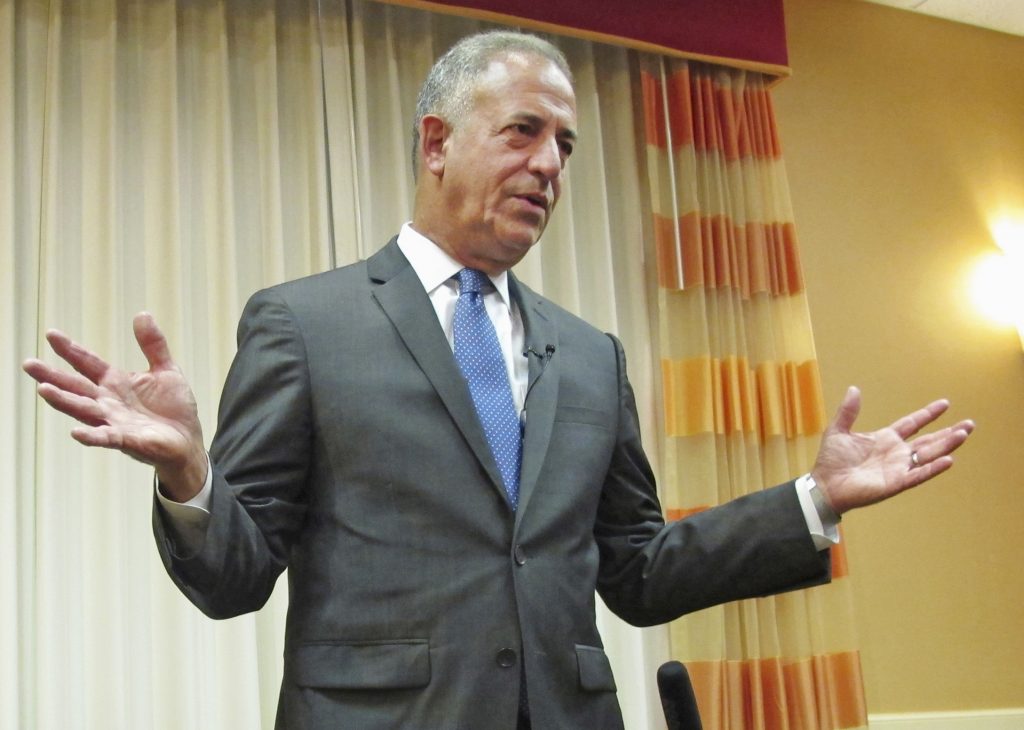 Hillary Clinton is not the only one playing defense after the FBI’s disclosure last week of additional emails relevant to its probe of her use of a private email server. Other Democrats are under the gun, too, in dozens of down-ballot races that will determine whether they control the House and Senate next year.

A new Washington Post/ABC News tracking poll out Tuesday shows the presidential race virtually tied. Polls taken during the past week show momentum on Trump’s side.

To the extent the fortunes of down-ballot Democrats rise and fall with Clinton, it’s a worrisome development for the party.

At the very least, the flare-up gives Republicans, many of whom have been repeatedly on the defensive over a slew of controversies involving GOP presidential nominee Donald Trump, a welcome opportunity to go on offense.

“This is the first time in months that down-ballot Democrats have been forced to play defense on their nominee,” said GOP consultant John Ashbrook. Still, Ashbrook says, “some of these states are almost baked” after months of campaign attacks and counter-attacks.

In New Hampshire, the campaign of embattled GOP incumbent Sen. Kelly Ayotte was quick to put out a digital advertisement titled “Dodges” that spliced news clips on the renewed email controversy with older snippets of her opponent, Democratic Gov. Maggie Hassan, hemming and hawing when asked if Clinton is honest and trustworthy.

Democrats say they haven’t seen slippage yet and they hope that the email story won’t move the needle in a half-dozen or so Senate races that are either tied or within the polling margin of error.

“Headed into the final days of the election, Republicans will try whatever they can to distract from their failed records and indefensible support of Donald Trump,” said Lauren Passalacqua, national press secretary for the Democratic Senate Campaign Committee.

“Any slight breeze in any direction going into this final week has the potential to swing these races,” said Ian Prior, a spokesman for the Senate Leadership Fund “super PAC” that is spending heavily on behalf of GOP Senate candidates. The group is mentioning the issue in digital ads.

Since the email story broke, the Senate Leadership Fund disclosed that it is investing $2 million in a late attempt to defeat Wisconsin Democrat Russ Feingold, who is attempting to reclaim the seat he held for three terms until his defeat six years ago by Republican Ron Johnson. That race had been seen as relatively safe for Democrats.

Republicans are stoking the controversy in news releases, web ads, and in the media, but it’s not likely to become a major issue in a late burst of campaign ads. Instead, candidates are already making their “closing arguments.”

“Look, it’s not a good development for Hillary Clinton,” said Democratic strategist Steve Elmendorf. “But I think we’ve seen in the polls so far that it hasn’t had much of an impact.”

In the House, the GOP’s campaign committee sent out press releases trying to make the email inquiry resonate.

“This is just another reminder to voters of why they haven’t trusted Hillary Clinton from the get-go,” said Katie Martin, a spokeswoman for the National Republican Congressional Committee.

Still, Republicans were not airing ads targeting the email issue. None of the three ads the NRCC began airing Monday mentioned Clinton’s emails. The GOP’s Senate campaign arm put out a web video Tuesday morning that wasn’t tailored to any specific candidates.

Democrats were unified in fighting back against the GOP attacks — led by Clinton herself, who said Monday “there is no case here” by the FBI.

“Democrats are not wavering in their support for Secretary Clinton. This includes voters and candidates sharing the ballot with her,” said Meredith Kelly, a spokeswoman for the Democratic Congressional Campaign Committee, which supports Democratic House candidates.