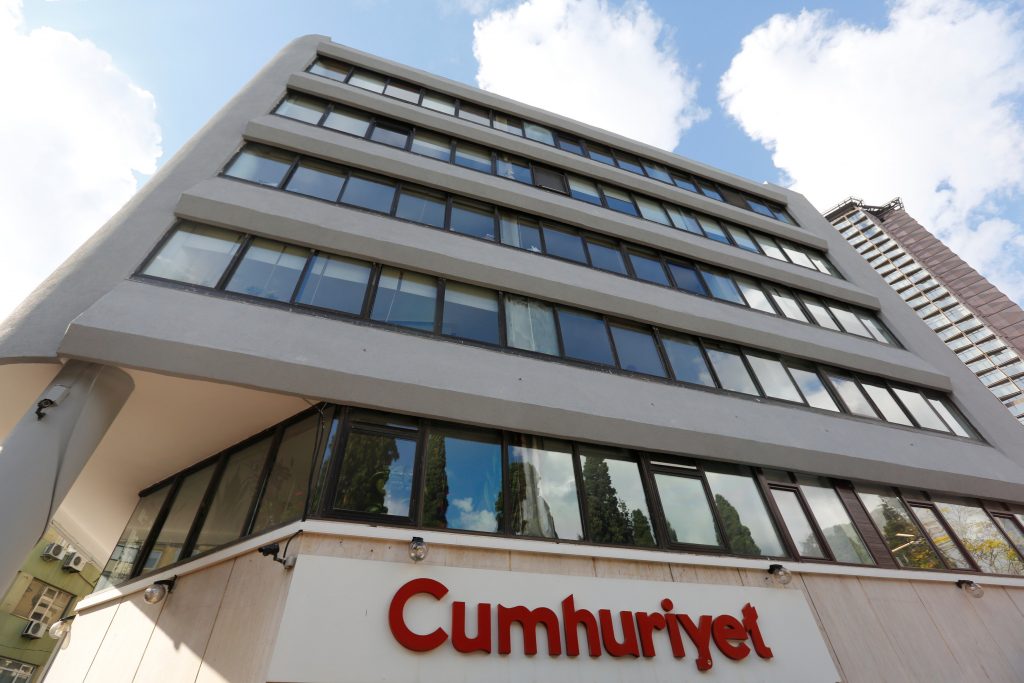 Turkish police detained the editor and a dozen senior staff from the main secularist opposition newspaper on Monday, a day after 10,000 more civil servants were sacked over suspected links to a failed July coup.

Turkey’s crackdown since rogue soldiers tried to seize power on July 15 has alarmed Western allies and rights groups, who fear President Tayyip Erdogan is using the coup attempt to crush dissent. More than 100,000 people have been sacked or suspended and 37,000 arrested over the past three and a half months.

The Istanbul prosecutor’s office said the staff from the Cumhuriyet daily, one of few media outlets still critical of Erdogan, were suspected of committing crimes on behalf of Kurdish terrorists and the network of Fethullah Gulen, a U.S.-based cleric. Turkey accuses Gulen of orchestrating the coup attempt, in which he denies any involvement.

The prosecutor’s office said the detentions followed an investigation into allegations that the newspaper had published material justifying the events of July 15.

Cumhuriyet said on its site that 12 of its staff had been detained and some had their laptops seized from their homes. Footage showed one writer, Aydin Engin, 75, being ushered by plain clothes police into a hospital for medical checks.

Asked by reporters to comment on his detention, Engin said: “I work for Cumhuriyet, isn’t that enough?”

A further 10,000 civil servants were dismissed and 15 more media outlets ordered closed on Sunday over suspected links to Gulen’s network and militant groups. A court also jailed, pending trial, the co-mayors of the largely Kurdish city of Diyarbakir.

The government says the measures are justified by the threat posted to the state by the coup attempt, in which more than 240 people were killed. Erdogan says the crackdown is crucial for “cleansing” the state apparatus of Gulenist influence.

Cumhuriyet said Dundar, who was freed in February and is now abroad, was one of those facing arrest.

Opposition groups say the purges are being used to silence all dissent against Erdogan and the governing AKP party in Turkey, a NATO member which aspires to membership in the European Union.

“The AKP’s coup against democracy is continuing,” Sezgin Tanrikulu, a lawmaker from the main opposition Republican People’s Party, wrote on social media. “This is an operation targeting the corporate identity of this paper. It is an effort to punish the critical publications of this paper, which is as old as the republic itself and one of its biggest symbols,” he said.

The government this month extended a state of emergency, imposed after the coup attempt, for three months until mid-January. Erdogan said the authorities needed more time to wipe out the threat posed by Gulen’s network as well as Kurdish PKK terrorists who have waged a 32-year insurgency.

Ankara wants the United States to detain and extradite Gulen so that he can be prosecuted inTurkey on a charge that he masterminded the attempt to overthrow the government. Gulen, who has lived in self-imposed exile in Pennsylvania since 1999, denies any part in it.