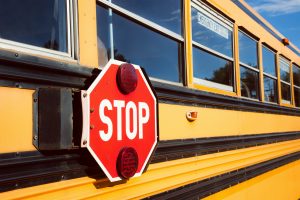 Jofaz Transportation and Y&M Transit voted last week in favor of a strike to force management to address increased healthcare costs and reduced holidays. The two school-bus companies share the same owner and union contract and run about 600 routes in Brooklyn, Queens and Staten Island. The strike would involve about 900 workers and thousands of students.

A federal mediator is working with the parties to avert the strike and the city is cautiously optimistic that they will succeed.

“We have been in close contact both with the mayor’s office and the Office of Pupil Transportation at the New York City Department of Education to ensure that yeshivos are fully aware of a possible yellow bus strike and the contingency plans in place,” Mrs. Zachai told Hamodia on Monday.

Contingency plans include MetroCards for students and families and alternate bus service.