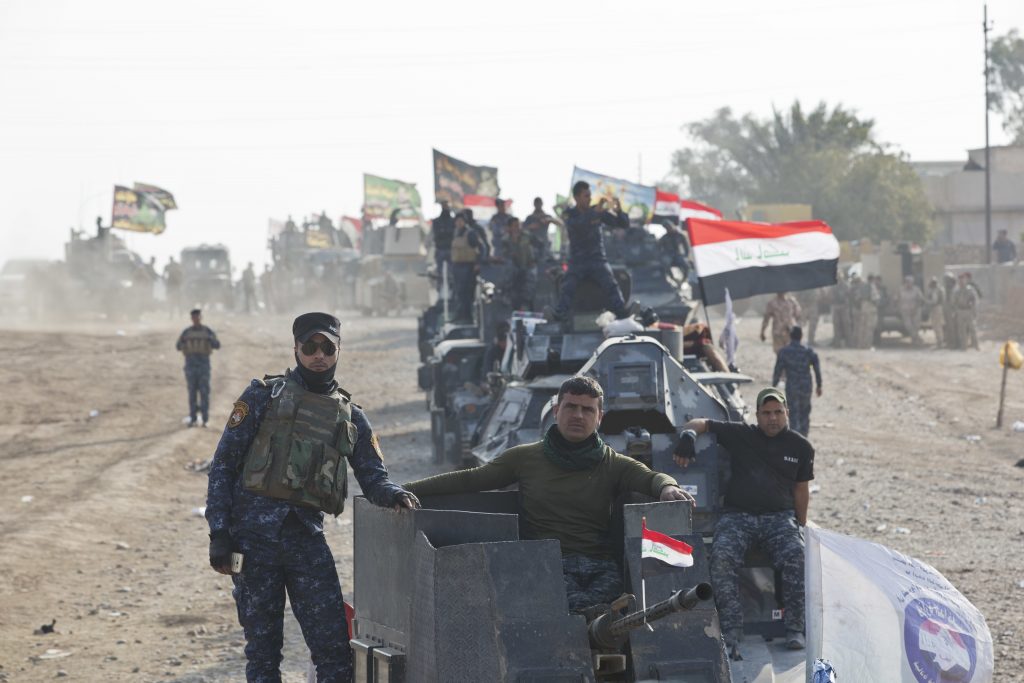 An elite Iraqi army unit advanced towards the built-up area of the Islamic State terror group’s stronghold of Mosul on Monday after two weeks of fighting to clear surrounding areas of the terrorists.

Military commanders said that the U.S.-backed offensive to recapture Mosul – the largest military operation in Iraq since the U.S.-led invasion that toppled Saddam Hussein in 2003 – could still take weeks and possibly months.

“The battle of Mosul will not be a picnic,” Hadi al-Amiri, leader of the Badr Organisation, the largest Shiite militia fighting with Iraqi government forces, said from the southern frontline.

“We are prepared for the battle of Mosul even if it lasts for months.”

Troops from the Counter Terrorism Service (CTS) were moving in on Gogjali, an industrial zone on Mosul’s eastern outskirts, and could enter it later on Monday, an officer from the U.S.-trained unit told a Reuters correspondent just east of Mosul.

The zone lies about a mile from the administrative border of Mosul.

“The operation to liberate the left bank of Mosul has started,” a military statement said, referring to the eastern bank of the river that flows from north to south.

The capture of Mosul would mark the terrorists’ effective defeat in the Iraqi half of the caliphate that Islamic State leader Abu Bakr al-Baghdadi declared two years ago.

It is still home to 1.5 million residents, making it four or five times bigger than any other city they seized in both Iraq and Syria.

Other military statements said five villages were taken north of Mosul, where Kurdish Peshmerga fighters are also being deployed, while army units advanced in the south.

Islamic State terrorists have been fighting off the offensive with suicide car bombs, snipers and mortar fire.

They have also set oil wells on fire to cover their movements and displaced thousands of civilians from villages toward Mosul, using them as “human shields,” U.N. officials and villagers have said.

“Scorched earth tactics employed by retreating ISIL members are having an immediate health impact on civilians, and risk long-term environmental and health consequences,” the U.N.’s Office for the Coordination of Humanitarian Affairs said.

U.N. forecasts see up to 1 million people being uprooted by the fighting, which U.N. aid agencies said had so far forced about 17,500 people to flee – a figure that excludes those taken into Mosul by the retreating terrorists.

Islamic State said it killed 35 Shiite militia fighters and pro-government Sunni fighters in a suicide attack near Hadditha, in the western Anbar province, a hotbed of the Sunni insurgency against U.S. forces and the Shiite-led government that took over after the overthrow of Saddam. Iraqi officials didn’t confirm the attack.

The flying of Shiite flags by the militias and also some regular army and police units in the mostly Sunni region around Mosul has been a cause of concern for local officials.

But the Hashid Shaabi, or Popular Mobilization forces, as the militias are collectively known, have not been linked to any sectarian incidents so far.

The town of Tal Afar, which the Shiite forces say they will recapture, inhabited by Turkmen –  people with strong cultural and historical links to Turkey, Erdogan said.

He said he would act if the Popular Mobilization forces “unleash terror” in the town located about 35 miles west of Mosul.