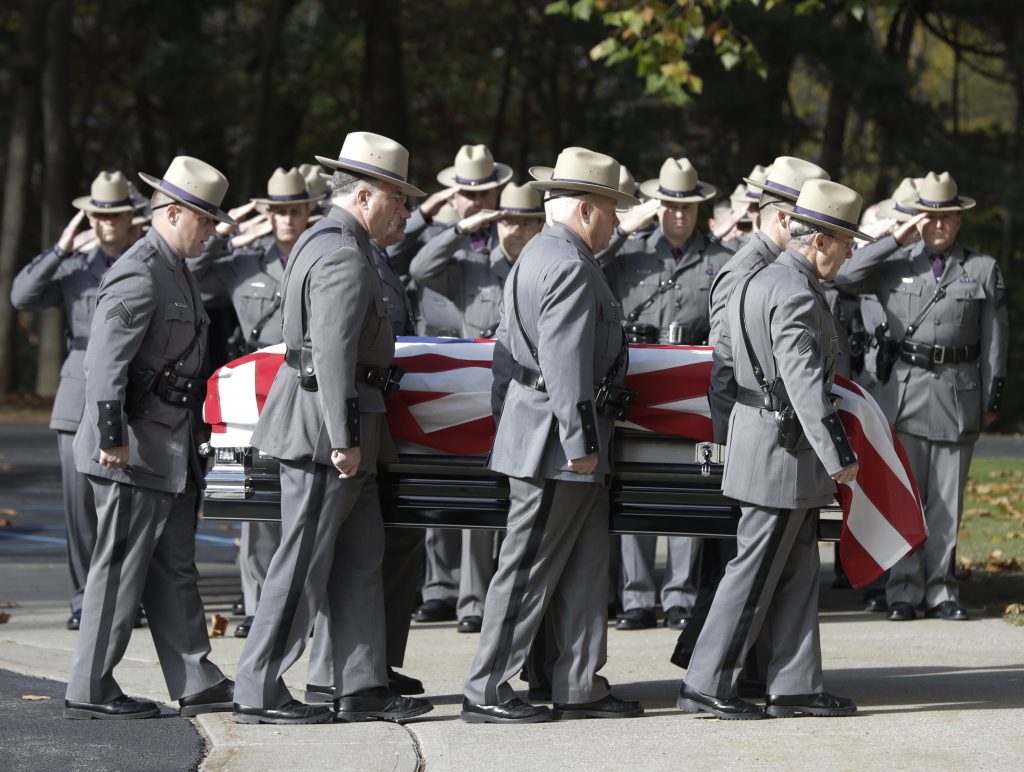 The daughter of a New York state trooper killed in the line of duty eulogized her father as the utmost hero during his funeral service Monday.

An estimated 3,000 to 4,000 law-enforcement officers from across the nation stood at attention as the hearse bearing Trooper Timothy Pratt’s body arrived at a church in South Glens Falls. Gov. Andrew Cuomo was among the mourners.

“Every day of my father’s life,” his daughter Sarah Pratt said, “he was the hero of heroes.”

The 55-year-old trooper had just started his shift Wednesday when he stopped to assist a tractor-trailer driver who had stopped in front of the trooper station in Wilton where Pratt worked. Pratt stepped into the path of a car after talking to the truck driver.