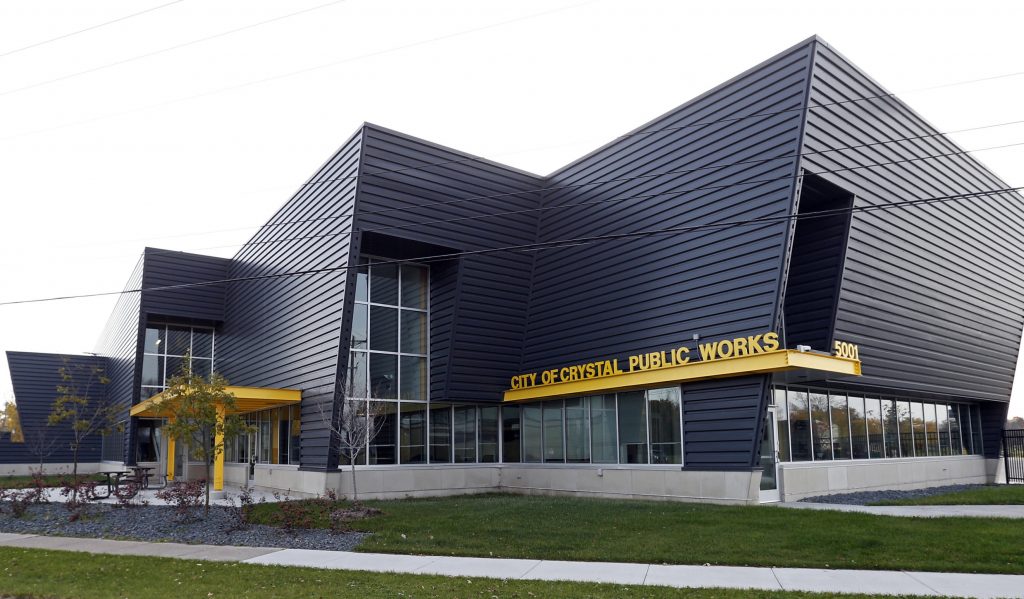 When most cities want to build something — a water plant, a convention center — they borrow the money on the bond market and pay it off over time with interest. Not Crystal, a middle-class suburb of Minneapolis.

It paid $13 million in cash when it needed a new public works building, taking the money from its savings accounts and shrinking the city’s reserves by nearly one-quarter.

Pay-as-you-go wisdom or long-term financial folly? However it eventually works out, the decision is just one example of how the Crystal City Council approaches civic issues a bit differently. The reason: A majority of its seven members are Libertarians or are sympathetic to the party’s philosophy of maximum personal freedom and minimum government.

In fact, the bedroom community of 22,500 people has the highest proportion of Libertarians in power of any elected body in the U.S., according to the party. No Libertarian serves in Congress, and just four sit in state legislatures.

For voters who can’t stomach either Hillary Clinton or Donald Trump and are thinking of casting their ballots for Libertarian presidential candidate Gary Johnson, Crystal provides a window — admittedly a very small one — onto how the party’s principles might apply in the real world.

In addition to paying cash for civic improvements, Crystal has undertaken a cleanup of the municipal code to get rid of ordinances considered outdated, unenforceable or just plain silly. And it has all but eliminated the city’s human rights commission. At the same time, in a seeming departure from Libertarian principles of thrift, the city has raised property taxes and water and sewer fees.

“I know a lot of fears that are out there: If Libertarians get into government, they’re going to be cutting government,” Libertarian council member Casey Peak said. “The reality is we just think differently because we come at it with a different core mentality.”

Crystal is a city of well-kept homes, built mostly in the 1950s and ’60s, with big leafy trees. The population is about 80 percent white and tends to vote heavily Democratic in statewide and national races.

Peak was elected in 2012 and recruited other Libertarians and like-minded people to run for the council two years later, leading to the current five-member majority.

The results have dismayed some of their political adversaries.

“They’re inexperienced to the max,” said former Mayor ReNae Bowman, a Democrat trying to regain the seat she narrowly lost in 2012. “They don’t know what they’re doing.”

She and other candidates running to replace the Libertarian bloc in November say the council is mismanaging city finances, squandering tens of thousands of dollars on the municipal code just to “move periods and commas around,” as Bowman put it, and inviting community divisions by abandoning the human rights commission.

Peak defended the project to overhaul the code, which is as thick as an unabridged dictionary. He said several parts had become “almost unenforceable” because they referred to state laws that have been eliminated or rewritten. None of the revisions fundamentally changed policy, he said.

“Finally, the pool table at the community center is going to be legal,” said Mayor Jim Adams, who is not a party member but considers himself “liberty-minded.” ‘‘Because you can’t have a pool table within so many feet of a city building.”

As for the human rights commission, which was set up in the civil rights era to advise the council on eliminating discrimination in the city, it still exists on paper, but there’s nobody on it.

Peak said that even under the previous mayor, it was difficult to find people to serve on the commission and that it no longer had a clear purpose, holding events that weren’t “Crystal-centric,” such as forums against genocide.

John Budziszewski, who is challenging Peak to regain a seat on the council, said: “It’s heartbreaking. I’m astounded by what these people are willing to do just in order to get their point across.”

In 2015, the newly seated council decided against issuing bonds to finance the public works building because that would have meant debt, something Libertarians don’t like. The mayor said the move saved the city more than $1 million in financing costs. The building opened just over a year ago.

That decision and others have reduced the city’s reserves from about $54 million before the Libertarians gained control to $37 million today. That’s still considered healthy for a city of Crystal’s size, said finance director Charles Hansen, a longtime civil servant who says he stays out of politics.

Nevertheless, the city might have to consider raising money on the bond market for big future projects, he said.

If that happens, it would not be the first time the Libertarians had to abandon their small-government, tax-cutting approach when faced with real-world concerns.

The alliance split in September when the city council raised property taxes nearly 8 percent. One of the Libertarians, Councilwoman Olga Parsons, said she voted in favor because she thought the budget was already lean and she didn’t see anywhere to cut spending.

Parsons said she adheres to a philosophy of “personal liberty, property rights, personal responsibility,” but also takes things “one issue at a time.”

The Libertarian bloc was united on a vote to raise water and sewer charges 25 percent, saying it was the most cost-effective way to save for repairs and pay the higher rates Minneapolis is charging to tap into its water. Peak said the increase works out to only a few dollars per quarter for most households.

Critics said the tax increases are a direct result of the Libertarians’ financial mismanagement: Their use of cash to pay for infrastructure has depleted reserves and left the city unable to produce the kind of investment income that for years helped hold down taxes.

Bowman also complained that people who disagree with the Libertarian agenda are being shut out of or driven off advisory panels.

“We’re poorer and more disenfranchised than we ever were,” she said.

Crystal’s experiment with Libertarian governing has drawn little attention, even within the city. Because the council is officially nonpartisan, few residents seem to have noticed.

Carol Harbison, 66, follows council meetings on cable and said her dealings with her Libertarian-leaning councilman have been positive.

“I’m very happy with city government,” she said. “I think it works well.”