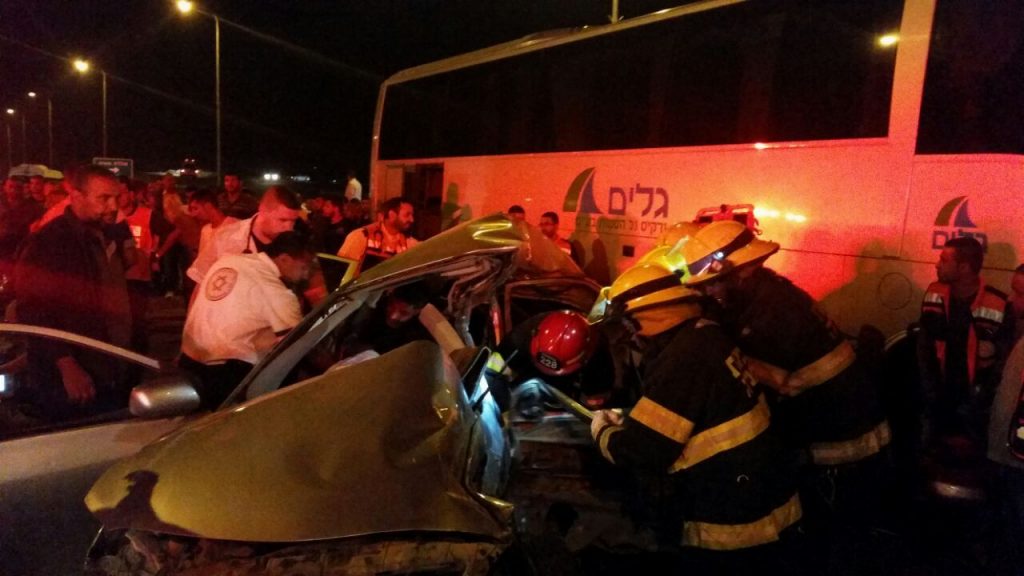 A crash between a bus full of passengers and two cars left two people dead and eighteen others injured on Route 31 in southern Israel on Sunday, according to media reports.

The other victims, with injuries ranging from serious to light, were evacuated to Soroka Medical Center in Be’ersheva, with one person seriously injured, one moderately injured and 16 lightly injured.

The accident occurred near the Bedouin town of Hura, northeast of Be’ersheva. Police are investigating the cause of the collision.

Highway 31 is reputed to be one of the most dangerous roads in the country. In February of this year, three men were killed in a head-on collision, one year after a collision that killed eight women.

According to data from the Or Yarok Association for Safer Driving in Israel, 79 persons have been killed in the 465 road accidents of the past ten years on that road. In addition, 122 persons were seriously injured out of the 1,369 persons injured overall.