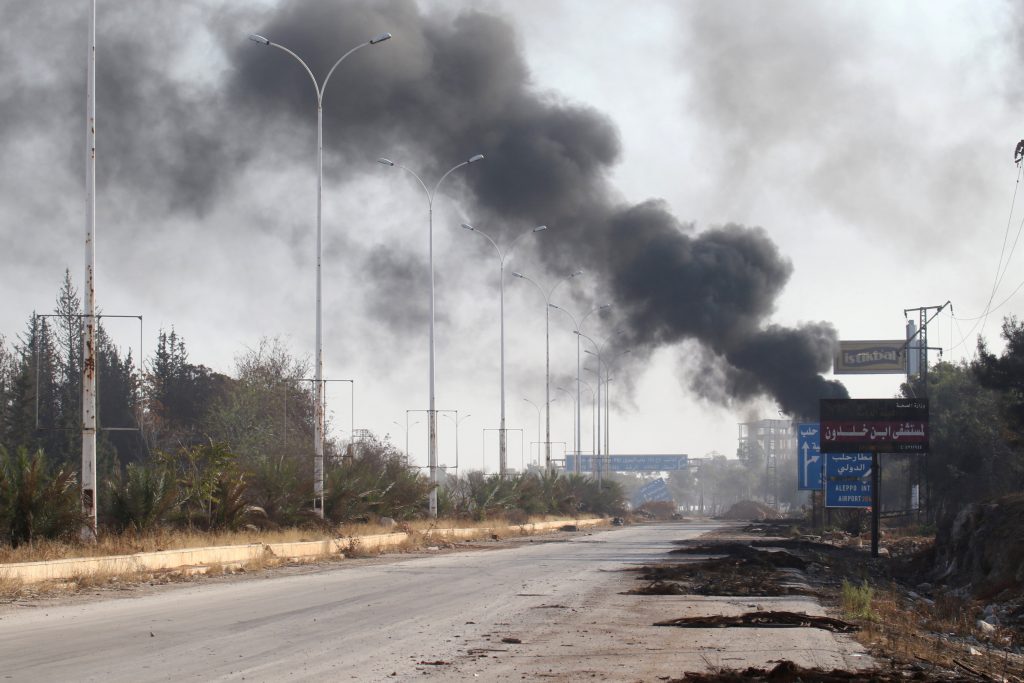 Syrian state media said terrorists fired poison gas at a government-held area of Aleppo on Sunday, causing 35 people to choke, a report that a rebel official called a lie.

The Syrian Observatory for Human Rights, a U.K.-based organisation that reports on the war, said it had confirmed reports of suffocation among government fighters in two frontline areas shelled by rebels, but it did not know if chlorine gas was the cause.

State news agency SANA said “shells containing poison gases” had been fired at the residential district of al-Hamdaniya. It did not report any deaths. State media quoted the director of an Aleppo hospital as saying 36 people – civilians and soldiers – had choked as a result of the shelling with chlorine gas.

The head of the political office of the Aleppo-based rebel group Fastaqim denied the report. “This is a lie,” said Zakaria Malahifjim of Fastaqim.

Rebels launched a major counter-attack against government forces in Aleppo on Friday, aiming to break a siege on the terrorist-held eastern sector of the city. An array of rebels are taking part in the attack, including groups fighting under the Free Syrian army banner and Islamist terrorists.