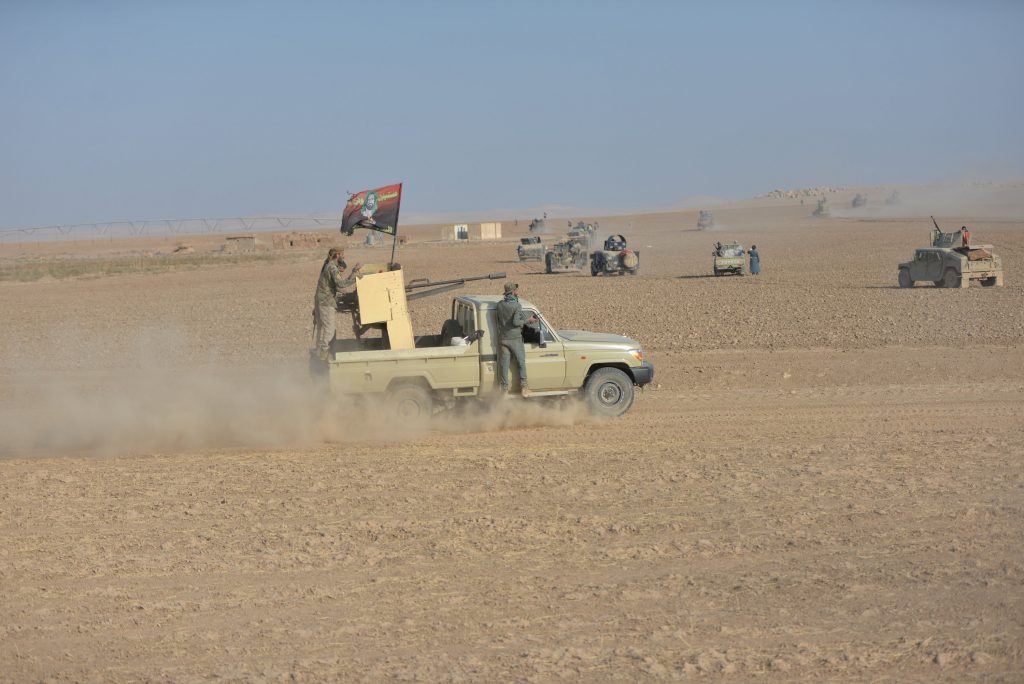 Iraqi troops and security forces advanced towards Mosul from the south and southeast of the city on Sunday, Iraqi officials said, backed by air and ground support from a U.S.-led coalition as they edged closer to the Islamic State stronghold.

A military statement said the army’s ninth armored division took the village of Ali Rash, about 4 miles southeast of Mosul, and raised the Iraqi flag.

Further south, an officer said Interior Ministry security forces were advancing from the town of al-Shura, recaptured from Islamic State on Saturday, along the Tigris river valley towards Mosul, about 20 miles to the north.

The officer said they were heading in the direction of Hammam al-Alil, midway between al-Shura and Mosul, and the last major town before Mosul itself, Iraq’s second largest city.

The army and security forces are part of a wider force, which also includes Kurdish peshmerga fighters and Shiite militias, which are seeking to encircle Mosul and crush Islamic State terrorists in the largest city of their self-declared caliphate in Iraq and Syria.

The loss of Mosul would mean the effective defeat of Islamic State in Iraq, but the battle itself could become the biggest in more than a decade of turmoil since the 2003 U.S.-led invasion that toppled former president Saddam Hussein.

Around 1.5 million people are still living in Mosul, and the United Nations has warned of a humanitarian crisis and possible refugee exodus as the fighting closes in on the city.