Politics I Broke the News to the Clinton Campaign About the New FBI Probe: Here’s What Happened Next
Politics 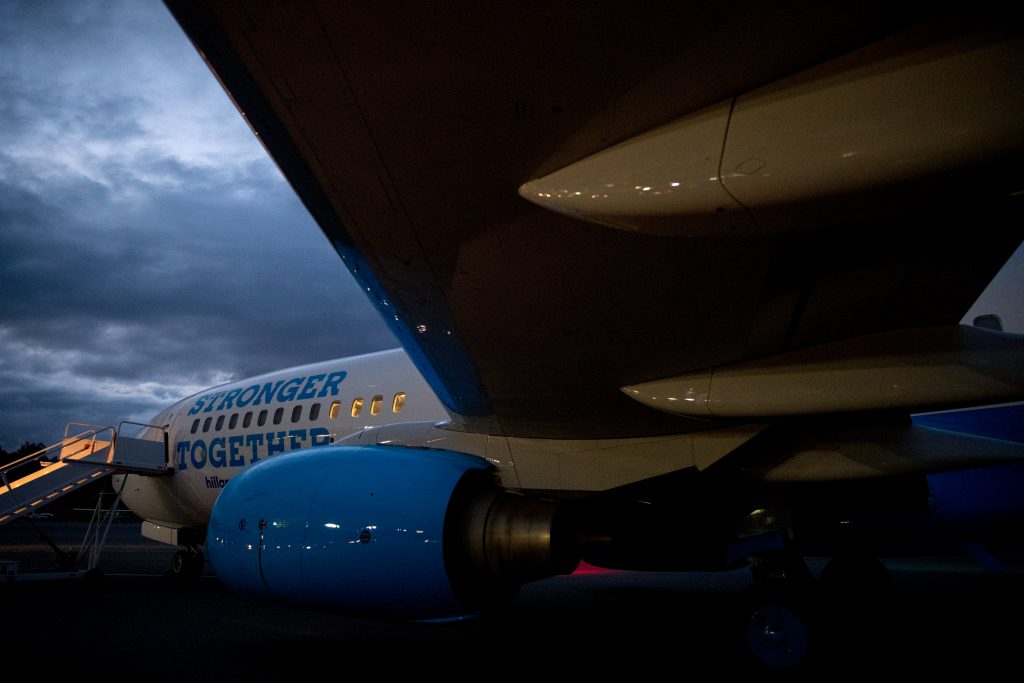 Arizona was supposed to be the biggest news for Hillary Clinton on Friday.

Aboard a flight to Iowa, top campaign officials told reporters she would travel to the state in a fourth-quarter gambit to turn it from red to blue.

It was the kind of move that could reshape the electoral map, but it wasn’t the strangest twist of the day.

After the announcement, reporters flipped open their laptops to file their stories, struggling with balky wi-fi. I established a brief connection, long enough to open Twitter and see a headline: FBI Director James Comey was taking a new look at emails related to the Democratic presidential nominee’s private server.

The tweet said something about reopening the investigation, and I immediately flagged Nick Merrill, a Clinton spokesman, who was standing at the end of my row. Did he have any comment?

Merrill looked at me like he had been slapped. The investigation was supposed to be finished — Comey had announced months ago that he wouldn’t recommend criminal charges. Merrill hadn’t heard anything about a new probe, nor had anyone else in the campaign.

As reporters started buzzing, Clinton’s top advisers at the front of the plane scrambled to figure out what was going on. No one had a solid internet connection. The people who were physically closest to the candidate knew the least about what was happening.

It wasn’t until the plane landed in Cedar Rapids, Iowa, about an hour later, that they could get clearer details about how the FBI was examining additional emails they had discovered during an unrelated investigation.

Now there was a new question — when to tell Clinton herself? They hadn’t yet told the nominee, who had spent the flight with a childhood friend.

A famous photographer was onboard, and she was supposed to spend a few minutes taking pictures of Clinton once the plane landed. When the photographer finished, staffers broke the news to their boss.

Campaign officials said Clinton took the news in stride — “like a champ,” one said. If she was bothered, she was determined not to show it when she stepped off the plane.

Reporters standing under the wing shouted questions, but she just smiled and waved before stepping into an SUV and being whisked to her first rally of the day. Clinton didn’t say a word about the FBI investigation in Cedar Rapids, nor did she mention it at a second event at a Des Moines school.

As she often does, close Clinton aide Huma Abedin was traveling with Clinton on Friday. I spotted her from a distance outside the rally in Des Moines, a stricken look on her face as she held a phone to her ear.

Once the event was over, reporters were ushered out of the gymnasium and into another room that had been decorated with flags and campaign signs. Clinton would make a statement and take a few questions.

Although she was criticized last year for a leaden response as the controversy over her emails began to swirl, Clinton and her campaign were determined to stay on top of this story with a little more than a week until Election Day. She urged the FBI to release more details to clarify the situation, which the public was learning about only through Comey’s vague letter to Congress and the media’s anonymous sources.

Clinton, however, would address the issue again in Florida on Saturday. In Daytona, she mentioned the letter Comey sent to Congress, and the crowd booed.

“It is pretty strange to put something like that with so little information right before an election,” she said. “It’s not just strange. It’s unprecedented, and it’s deeply troubling. Voters deserve to get the full and complete facts.”

It was a little more than 24 hours since she was told of the FBI investigation, and there were 10 days left before Election Day.