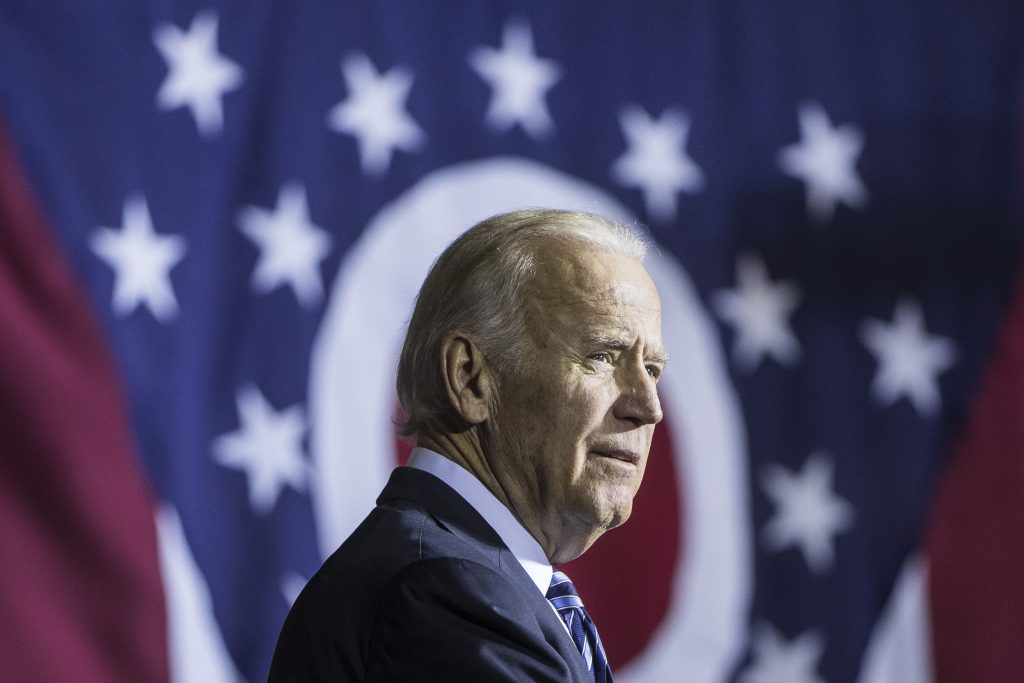 Vice President Joe Biden said Hillary Clinton has been “battered” by decades of Republican campaigns to undermine her credibility. But he said she will have to be “more open” with the public if she becomes president.

Biden offered a candid view of the Democratic presidential nominee’s approach to public life in an interview Sunday with CBS’ “Face the Nation,” just eight days before a presidential election roiled by news the FBI has renewed its probe of Clinton’s private email server.

“Think about what that says to the rest of the world,” Biden said of Trump’s doubts.

“It’s bizarre. I don’t know whether he just doesn’t know. He just might not be informed enough to know what he is saying. … It’s hard to believe he could be so devoid of the facts. So it’s either a deliberate attempt to undermine or it’s totally uninformed.”

As for his ally Clinton, Biden said her appearance of being secretive is a matter of personal style, not her integrity or honesty as a candidate.

“I don’t think she understood the gravity of setting it up,” Biden said of the Clinton email server.

“She thought this was OK to do. And this woman has been so battered over the last 30 years, I think that when faced with the fact this was a problem, instead of just cutting it and dealing with it immediately, there’s always an inclination to overthink it …

“When you have been on the other end of a concerted effort, justified or not justified, to undermine your credibility, I think you are probably in a different place in terms of your instinct [on] how to respond … There’s a sector of the electorate that has a tendency at least over 30 some years with Hillary to cause her to close rather than open.”

Biden’s comments speak to common criticisms of Clinton on the left — that her long history as a target for Republican attacks has made her insulate herself in some negative ways.

“I think she also knows that when she’s elected she’s going to have to be prepared to be more open as president as to what her feelings are about things,” he said.

Asked if Clinton needs people around her to challenge that instinct, Biden said she “knows she does.” But he suggested Clinton also deserves sympathy as the victim of a double standard.

“If I go out and get filled up [crying] talking about my Beau, my son who died, people say, ‘Well, he’s just a good, decent father, an honorable man,'” Biden said.

“If [Clinton] were to do that, you’d have a chorus of, ‘She’s playing the woman card here. She’s crying.’ A little bit like [first lady Michelle Obama]. Any time Michelle said something strong, she’s an ‘angry black woman.'”