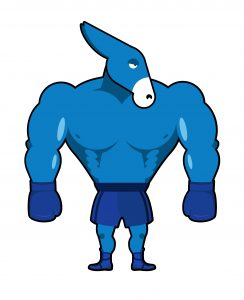 Hillary Clinton’s campaign hopes its unusually swift response to revelations about a fresh FBI investigation related to a past probe of her private e-mail server will blunt the political damage amid concern about close Senate races as well as the presidential election.

Nine days before the election, Clinton and her aides went on the attack, intensifying criticism of James Comey as word emerged that the FBI director defied U.S. Attorney General Loretta Lynch by informing lawmakers of newly discovered emails that may relate to its investigation of the Democratic presidential nominee.

Clinton’s aggressive strategy contrasts with her bunker mentality in previous episodes of the controversy over her email practices at the State Department. Her campaign is taking a calculated risk in publicly criticizing Comey and pressing him to quickly release more detail. Should new information contradict past statements or call into question the judgment of Clinton or any of her advisers who migrated from the Obama administration to her campaign, it could be damaging.

Clinton’s campaign has seen no evidence of the FBI letter having a negative impact on early voting or turnout and thinks it will motivate supporters, a Clinton aide said Saturday. The number of volunteers has increased, and the campaign had its best Saturday of fundraising, the aide said. The campaign didn’t know that Comey had acted over Lynch’s objections until it read press accounts about it, the aide said.

Clinton surrogates including running mate Tim Kaine, campaign chairman John Podesta and campaign manager Robby Mook appeared on Sunday news shows to keep up the pressure on Comey. On Saturday, Clinton herself attacked Comey’s approach on the campaign trail, terming his pre-election bombshell “unprecedented.” That followed her decision Friday night to hold an unusually speedy news conference and take questions on the matter.

Also Saturday, Podesta and Mook organized a conference call with reporters to get across the idea that Comey had not offered evidence of wrongdoing by Clinton, but that by acknowledging any new review and then being vague about the details, he had allowed Republicans to damage Clinton with unsupported innuendo.

Within 24 hours of being blindsided by Comey’s revelation to Congress that the FBI had come across new emails that may be pertinent to the Clinton probe, Clinton’s campaign sent a memo to dozens of its surrogates. It detailed talking points and suggested wording for casting doubt on Comey’s decision and Republicans’ spin, and spreading the idea that the emails may simply be duplicates of those already reviewed or have nothing to do with the nominee.

Clinton’s supporters rallied behind her at an event in Daytona Beach, Florida, booing as she mentioned the letter from the FBI director. “If you’re like me, you probably have a few questions about it,” Clinton said. “It is pretty strange to put something like that out with such little information right before an election. In fact, it’s not just strange, it’s unprecedented and it’s deeply troubling.”

The FBI hadn’t obtained a warrant to look at the emails as of Saturday afternoon, a senior Democratic aide said.

With such a short window between now and Election Day, Clinton and her top aides have concluded there will be no big revelations and that there is no other course than full pushback. That seems to have heartened some Democrats who were reeling in the hours after Comey’s letter was released.

Democratic senators, in a letter Saturday, asked Lynch and Comey to provide more detail about the investigation and the emails by Monday to minimize any impact on the election. The senators wrote that Comey’s letter has been “misunderstood” and misused by Clinton’s opponents for political purposes.

One Democratic strategist said that by Saturday evening, he and other surrogates were less worried about the impact of Comey’s letter, in large part because Clinton’s response had boosted their confidence.

The strategist, who spoke on condition of anonymity, said while Democrats still aren’t sure what Comey is up to and whether there’s anything new or damaging in the emails, the impact for Clinton may be minimal. Still, it could complicate the Democrats’ ability to win back control of the Senate.

He said there remains residual anger among Democrats about Clinton’s use of the private email server while secretary of state and her slow handling of the controversy in the first place. The shift in approach now has helped offset that anger, he said.

He also said there is a sense that most voters have made up their minds about the email scandal and that the key for Clinton now is to keep energizing Democrats to turn out to vote, not to win over undecided voters.

A Clinton donor, who also spoke on condition of anonymity, said Saturday that Comey’s actions were outrageous and that Clinton is right to aggressively push back. The donor said he’s not worried that Comey’s disclosure of a new review will change minds about Clinton, but remains concerned it will depress turnout and impact ballot races in Florida, Nevada, Missouri and North Carolina.

A voter attending the Daytona Beach event for Clinton liked her approach. “What’s the director of the FBI doing to himself and his agency when he backtracks and he’s less than clear?” said Warren Shingle, 68. “I think it’s extremely detrimental to the entire political process, the entire legal process.”

Still, David Axelrod, President Barack Obama’s former strategist, said that “it’s not yet clear” what the impact of Comey’s approach, or Clinton’s response to it, will be, and that it likely will be Tuesday or Wednesday before the picture becomes clearer.

Clinton took the news about the FBI letter well and always expected it would not be smooth sailing into Election Day, a campaign aide said. The campaign, which has been warning about complacency for days as polls showed Clinton expanding her lead nationally and in battleground states, is hoping the issue angers supporters and spurs turnout.