Regional 4 Years After Sandy, Some Places Will Never Be the Same
Regional 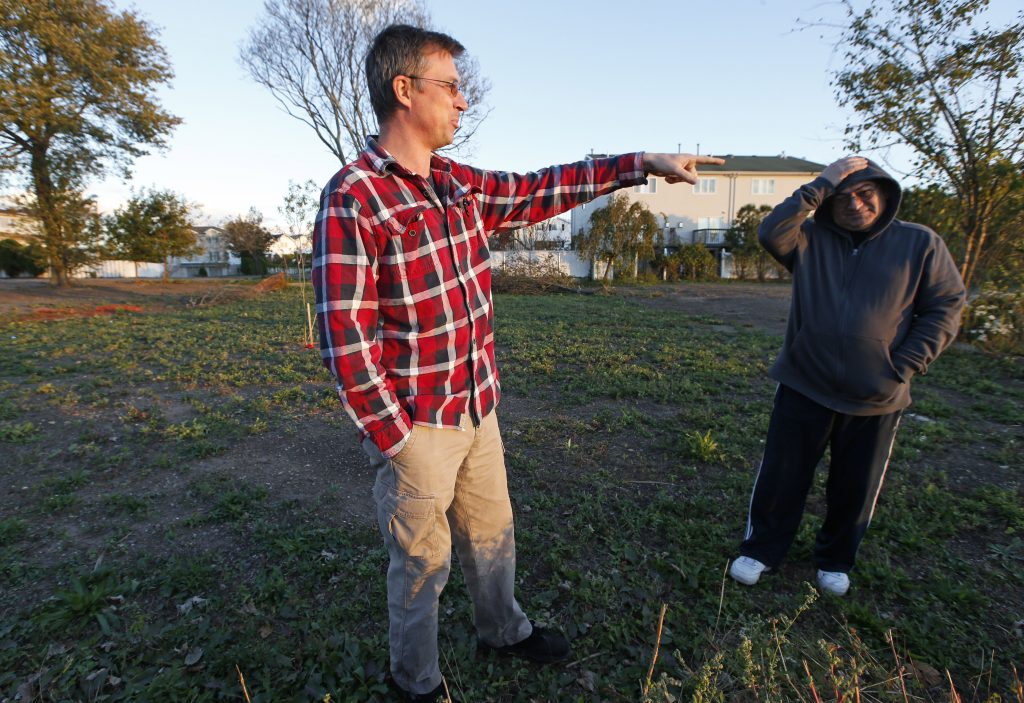 For four years, people have worked hard and mostly successfully to erase the deep scars Superstorm Sandy left on the New York and New Jersey coastlines when it crashed ashore with deadly force on Oct. 29, 2012.

But recovery will never come to Oakwood Beach, among several places along the coast that have seen permanent changes wrought by the storm.

The Staten Island neighborhood, improbably built on a salt marsh, is slowly being returned to nature after state officials concluded it would be foolish to rebuild in a place with so little protection from the ocean.

Under a state buyout program, 196 homes have been demolished. Another 103 will soon meet the same fate.

A few residents remain. But on one recent visit, there was no one on the streets, no children playing and few cars going by. Many of the houses still standing are boarded up and plastered with signs that say “no trespassing.”

“We’re going to stay here as long as we can,” said Connie Martinez, 61. “My husband is a very sick man. He had a stroke. He loves his yard. He loves his garden.”

Yet, a buyout may still be in her future, said Martinez, who had three neighbors drown during the storm.

“The consensus of all my neighbors is they never should have built houses here,” she said. “It should have been left wetlands.”

Changes have come to other parts of the coastline, some big, some literally hidden in the sand.

In Mantoloking, New Jersey, a shore town that saw nearly all of its 521 homes damaged or destroyed, a huge steel wall has been erected on the beach and then buried, in most places, under man-made dunes to keep the surf from reaching oceanfront homes during future storms.

In Seaside Heights, authorities still plan to rebuild an amusement park that had its roller coaster swept into the surf by the storm. But the town gave up on returning the park to a pier that jutted out into the water, opting instead for a new location on the beach.

The barrier island city of Long Beach, New York, had its only full-service hospital destroyed by flooding. The medical center was replaced last year by a smaller emergency department operated by an off-island community hospital.

But after four years of rebuilding, few places have as stark a then-and-now look as Oakwood Beach.

Not even the foundations remain of the seven homes that once stood on either side of Martinez’s house. All that’s there now are empty patches of green grass, which the state is still paying to have mown until the last residents leave.

Signs of former life can still be glimpsed here and there: a children’s playset and collapsed trampoline. But they’re marked for demolition with splashes of red paint.

“As soon as there’s a buyout, they automatically throw up the boards, put the locks on the doors so there’s no trespassing and intruders,” said Joe Giordano, an engineer with NorthStar, the state contractor overseeing the demolition. “All those that are boarded up will come down in the next year to year and a half.”

In the northernmost section of the neighborhood, where damage was less severe, homes have been restored and life goes on. Resident Leonard Desisto, a retired city bus operator, said the neighborhood’s state now reminds him of when he bought his house in 1982, when it wasn’t as built-up.

“It’s peaceful again,” he said. “To tell the truth, I like it better.”

Changes on other parts of the coastline are more difficult to see, unless you know what it was like before the storm.

On Fire Island, a popular summertime vacation spot, Sandy’s storm surge blasted clean through the narrow strip of land and left a new permanent inlet, between 1,475 and 2,345 feet across.

The breach between the Atlantic Ocean and the Great South Bay initially raised concerns about flooding on Long Island’s south shore. Experts say that hasn’t happened, and now officials at the National Park Service are examining whether to leave the new waterway open.

One argument in favor of doing so: The hole has helped flush pollution out of the bay, leading to a resurgence of clams and bass, according to Charles Flagg, a marine science professor at Stony Brook University.

At the sandy, wind-swept tip of New York City’s Rockaway peninsula, the beachfront enclave of Breezy Point has made a remarkable recovery. More than 300 homes destroyed by flooding and a raging fire have been rebuilt.

But many of the new houses have a different look. Once a community of low bungalows, its new houses stand on concrete pillars or ultra-high foundations. A few have been rebuilt entirely of concrete, rather than wood, to better withstand pounding surf.

Arthur Lighthall, general manager of the Breezy Point Cooperative, said some residents now have to climb a dozen steps to reach decks that formerly sat right on the sand. Besides being taller, the new houses are shielded from the ocean by a new wall of protective dunes.

Former U.S. Rep. Bob Turner, a Breezy Point resident, said one important thing hasn’t changed by a storm that left much of the community a charred ruin.

“The people are the same,” he said. “There was some dislocation but not widespread.”