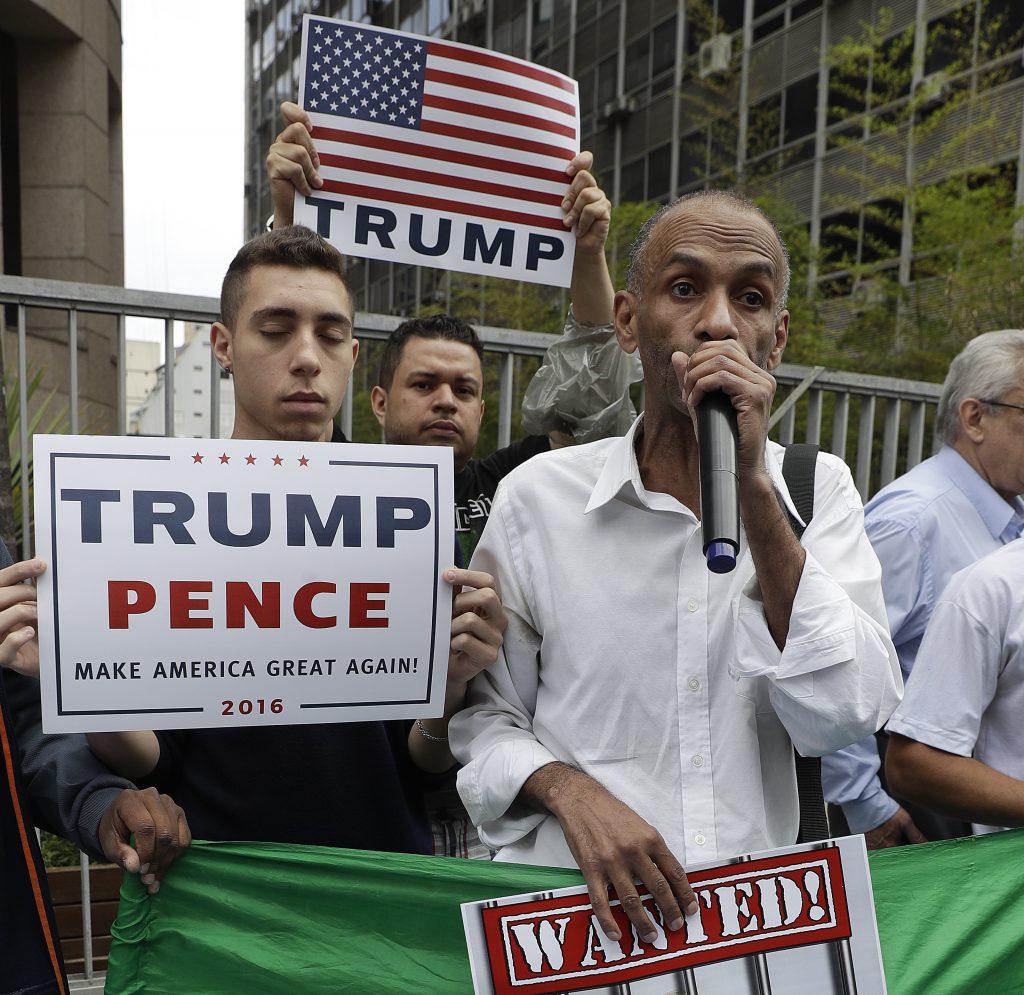 Hillary Clinton’s campaign lashed out at the FBI on Saturday, saying there was no indication that a cache of recently discovered emails under review by the agency was connected to the Democratic nominee. Barnstorming the West, Republican rival Donald Trump pounced on the reignited email controversy.

Clinton campaign chairman John Podesta told reporters that FBI Director James Comey’s letter to Congress about the new emails was “long on innuendo” and “short on facts.” Her campaign was joined by Democratic allies in arguing that the disclosure could unfairly influence the outcome of the election.

But on that latter point, Comey in fact said the new trove appeared to be “pertinent” to the Clinton email investigation, without explaining how.

A government official told The Associated Press on Saturday that the Justice Department had advised the FBI against telling Congress about the new developments in the Clinton investigation because of the potential fallout so close to the election. The official was not authorized to speak publicly about the matter and discussed it on condition of anonymity.

Justice officials concluded the letter would be inconsistent with department policy that directs against investigative actions that could be seen as affecting an election or helping a particular candidate, the official said.

Landing with a thud, the email issue again threatened to undermine an advantage built by Clinton, the Democratic nominee, over Trump and raised the possibility that the Republican might be able to seize momentum during the final days before the election.

Trump told a crowd in Golden, Colorado, on Saturday that the FBI’s review of Clinton’s email practices raises “everybody’s deepest hope that justice, at last, can be properly delivered.” His crowd cheered Clinton’s email woes, which Trump has taken to calling the biggest political scandal since Watergate.

Comey, in his letter to Congress on Friday, said the FBI had recently come upon new emails while pursuing an unrelated case and was reviewing whether they were classified.

The FBI announcement raised more questions than answers and generated criticism that Comey was injecting a significant development too close to an election. Yet the FBI director also faced the prospect of intense scrutiny if voters learned that he had been sitting on a major development until after the election.

Podesta and campaign manager Robby Mook spoke to reporters in a conference call, following Clinton’s hastily arranged news conference on Friday night in Des Moines, Iowa. In it, she said that “the American people deserve to get the full and complete facts immediately. The director himself has said he doesn’t know whether the emails referenced in his letter are significant or not.”

But long-term, the development all but ensured that, even should Clinton win the White House, she and several of her closest aides would celebrate a victory under a cloud of investigation.

Clinton’s campaign was enraged by Comey’s decision to disclose the existence of the fresh investigation in a vaguely worded letter to several congressional leaders.

Congressional Republicans have already promised years of investigations into Clinton’s private email system. And that’s only one of the email-related episodes facing her in the campaign’s closing days. The tens of thousands of confidential emails from Clinton campaign insiders that were hacked — her campaign blames Russia — and then released by WikiLeaks have provided a steady stream of questions about her policy positions, personnel choices and ties with her husband’s extensive charitable network and post-presidential pursuits.

In his Friday letter to congressional leaders, Comey wrote only that new emails have emerged, prompting the agency to “take appropriate investigative steps” to review information that may be pertinent to its previously closed investigation into the Clinton private email system.

The FBI ended that investigation in July without filing charges, although Comey said Clinton and her aides had been “extremely careless” in using the system for communications about government business.

Given a political gift from the FBI, Trump’s challenge now becomes avoiding any big missteps that might overshadow Clinton’s troubles over the campaign’s final days.