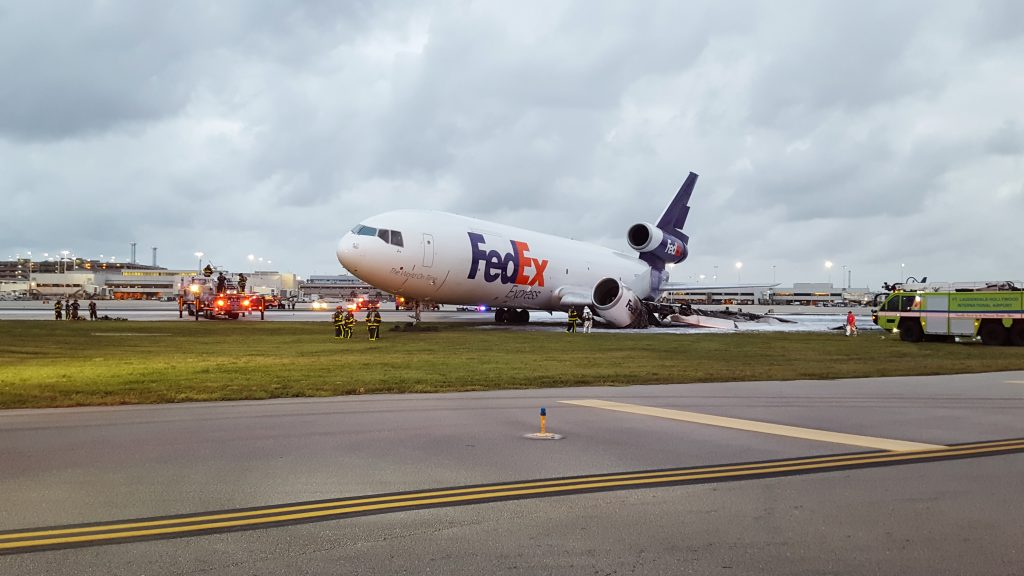 The plane was arriving from Memphis, Tenn., shortly before 6 p.m. when the fire broke out, said Broward Sheriff Fire Rescue spokesman Mike Jachles.

Both pilots escaped down a rope ladder without injury. They were the only crew members on board.

The pilots told authorities they believe the left landing gear collapsed on the runway.

The fire, which was contained to the left wing and fuel tank, was put out within minutes of the landing, Jachles said. Jachles said the fire didn’t spread to the 46,000 pieces of mail and other cargo the plane carried from Memphis.

FedEx issued a statement that the company was cooperating with authorities.

National Transportation Safety Board investigators arrived at the airport Saturday.

The airport’s south runway has reopened.