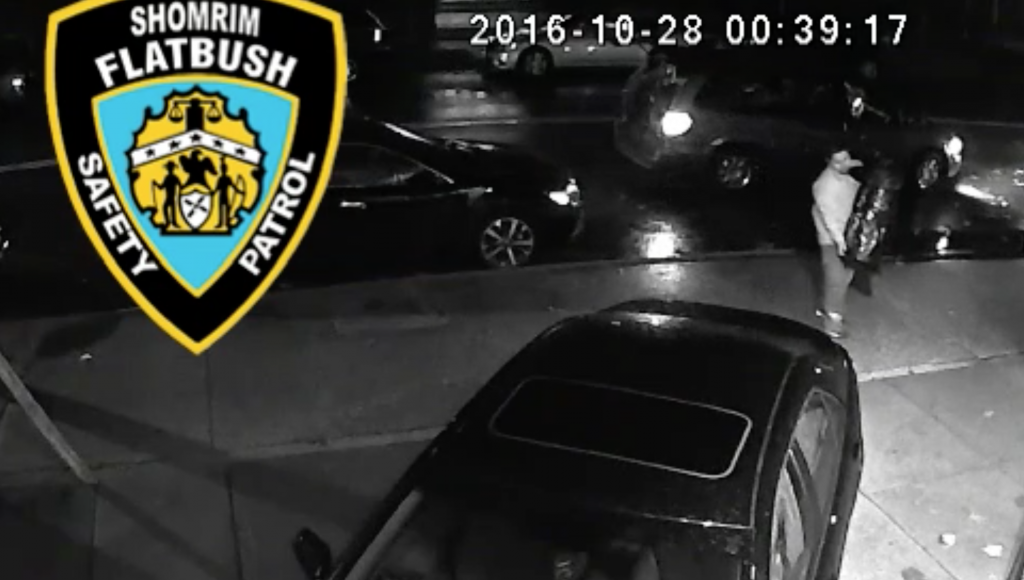 The four sifrei Torah stolen from a Flatbush shul were recovered Friday morning.

At around 1:00 a.m. Friday, a man learning at the Avenue O Synagogue (Ohel Yeshuah v’Sarah) near East 8th Street discovered four garbage bags, containing the sifrei Torah, resting against the sukkah in front of the shul. Surveillance-camera footage shows a man parking outside the synagogue at 12:39 and placing the scrolls there.

The scrolls had been stolen from the shul on Simchas Torah morning. Surveillance-camera footage from Simchas Torah shows a man wearing a yarmulke entering the shul at approximately 1:00 a.m. and making off with the sifrei Torah.

The man who returned the sifrei Torah was probably a driver hired by the thief; he was not the same man seen stealing on the footage stealing the scrolls.

The shocking theft had outraged the community. Images of the perpetrator from the surveillance camera were shared communitywide, and local elected officials had asked for the public’s and the police’s help in tracking down the thief.

Many people called Flatbush Shomrim with tips, which were forwarded to the Major Case Squad of the NYPD. Authorities say are focused on a “person of interest” in this case.

The thief may have decided to return the scrolls upon feeling the pressure of the investigation.

“The community is overjoyed at the return of the Sifrei Torah,” said Assemblyman Dov Hikind. “The Torah scrolls represent the heart of the Jewish people, and as the Sabbath approaches, we breathe a sigh of relief knowing our Torah scrolls are safely back in our possession.”

New York City Councilman David Greenfield, who had offered a $1,000 reward for information leading to the capture and conviction of the thief, thanked the officers and volunteers “who worked so tirelessly to achieve the return of these Torah scrolls. I look forward to continuing to work with them as they seek out the person who committed this crime.”