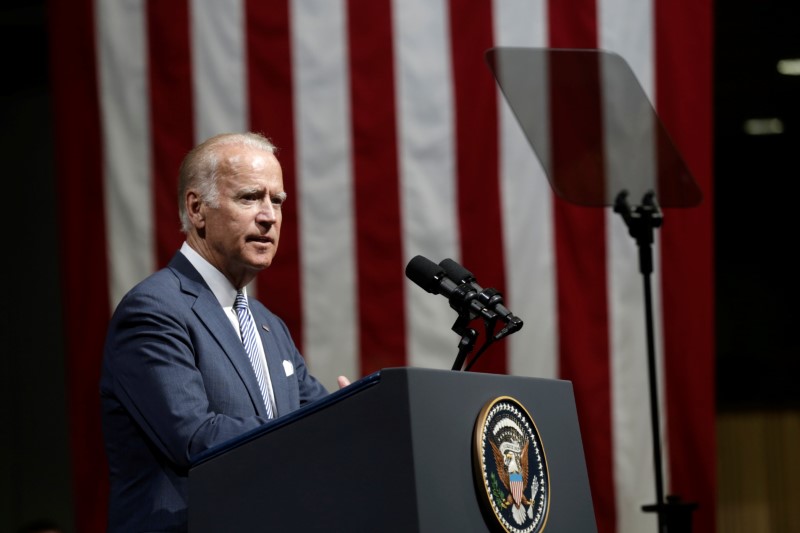 Vice President Joe Biden tops a short list for secretary of state that is being compiled by the transition team of Democratic presidential candidate Hillary Clinton, two media outlets reported.

Politico on Thursday night cited an unidentified source as saying Clinton and her aides were discussing how to approach Biden about the post, should she win the Nov. 8 presidential election.

Biden became a prominent voice on foreign policy during his 36 years in the U.S. Senate, where he was chairman of the Foreign Relations Committee and at one point served alongside Clinton, when she was a senator from New York.

“He’d be great, and they are spending a lot of time figuring out the best way to try to persuade him to do it if she wins,” the source familiar with Clinton’s transition planning told Politico.

NBC News later confirmed that Biden was under consideration for the job of top U.S. diplomat.

Biden, of Delaware, had considered running for the Democratic presidential nomination in 2016. He has campaigned vigorously for Clinton in her race against Trump, a New York real-estate tycoon and celebrity who has never previously run for office.

The vice president said at a campaign event for Clinton in Pennsylvania this week that he is frequently asked whether he wished he had been debating Trump, who has insulted women, Muslims and immigrants and thumbed his nose at political norms.

“No, I wish we were in high school. I could take him behind the gym. That’s what I wish,” Biden said, prompting a similarly pugilistic retort from Trump a couple of days later.

In excepts from an interview released from a CBS Sunday program, Biden made it clear he wanted to continue his public service.

“I’m not going away. I’m, you know, everything from this issue of violence against women, to income inequality, to the cancer moonshot, I’m going to devote the rest of my life to this.”