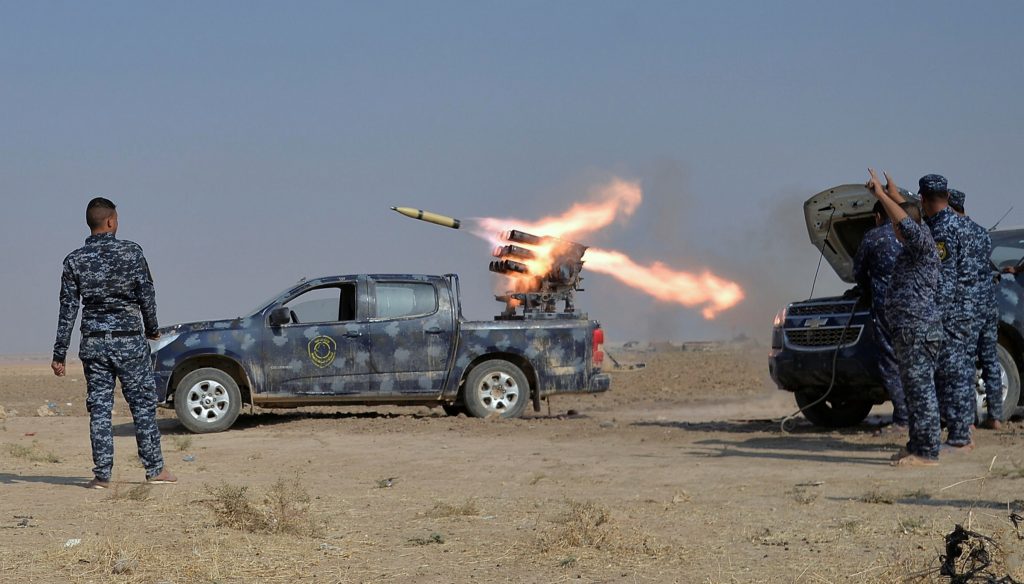 Iranian-backed Iraqi Shiite paramilitary groups are about to launch an offensive on Islamic State positions west of Mosul, assisting in the military campaign to take back the city, a spokesman said on Friday.

The operation will target an area close to Turkey where a sizable ethnic Turkmen population lives, likely to cause alarm in Ankara.

The militias, collectively known as Hashid Shaabi or Popular Mobilization Forces (PMF), have completed preparations to move in the direction of Tal Afar, a stronghold of Islamic State west of Mosul, from their positions in Qayyara, south of the city.

“A few days or hours separate us from the launch of operations there,” spokesman Ahmed al-Asadi told state media.

The population of Tal Afar, about 35 miles west of Mosul, was a mix of Sunni and Shiite ethnic Turkmens until Shiites fled the town after Islamic State’s ultra-hardline Sunni militants took over the region in 2014, declaring a caliphate over parts of Iraq and neighboring Syria.

Turkey’s Foreign Minister Mevlut Cavusoglu said on Wednesday that his country, which has troops deployed north of Mosul inside Iraqi territory, will take measures if there is an attack on Tal Afar. Turkey fears that the use of Shiite militias in the U.S.-backed offensive on Mosul will lead to sectarian strife in the mainly Sunni region and cause an exodus of refugees.

Earlier announcements by the PMF that they will be involved in the offensive on Mosul, Islamic State’s last major stronghold in Iraq, triggered warnings from human rights groups of sectarian violence in the mainly Sunni province.

Shiites make up a majority in Iraq but Sunnis are predominant in the north and the west.

The PMF officially reports to the Shiite-led government of Prime Minister Haider al-Abadi, who announced on Oct. 17 the start of the offensive on Mosul, Iraq’s second-largest city, with the backing of a U.S-led coalition.

The PMF was formed in 2014 to help push back Islamic State’s sweeping advance through the northern and western provinces.

The U.N in July said it had a list of more than 640 Sunni Muslim men and boys reportedly abducted by a Shiite militia in Falluja, a former militant stronghold west of Baghdad, and about 50 others who were summarily executed or tortured to death.

The government and the PMF say a limited number of violations had occurred and were investigated, but they deny abuses were widespread and systematic.