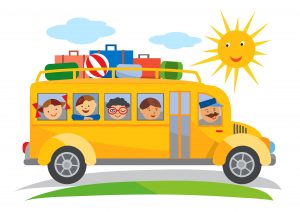 A spokesman for the Teamsters union says 85 percent of its members at Jofaz Transportation and Y&M Transit voted in favor of a strike at a meeting Wednesday night.

The union says sticking points were increased healthcare costs and reduced holidays. The strike could begin as early as this coming Tuesday.

The two school bus companies share the same owner and union contract and run about 600 routes in Brooklyn, Queens and Staten Island. The strike would involve about 900 workers and thousands of students.

A Department of Education spokeswoman says contingency plans are place, including a MetroCard for students and families and alternate bus service.