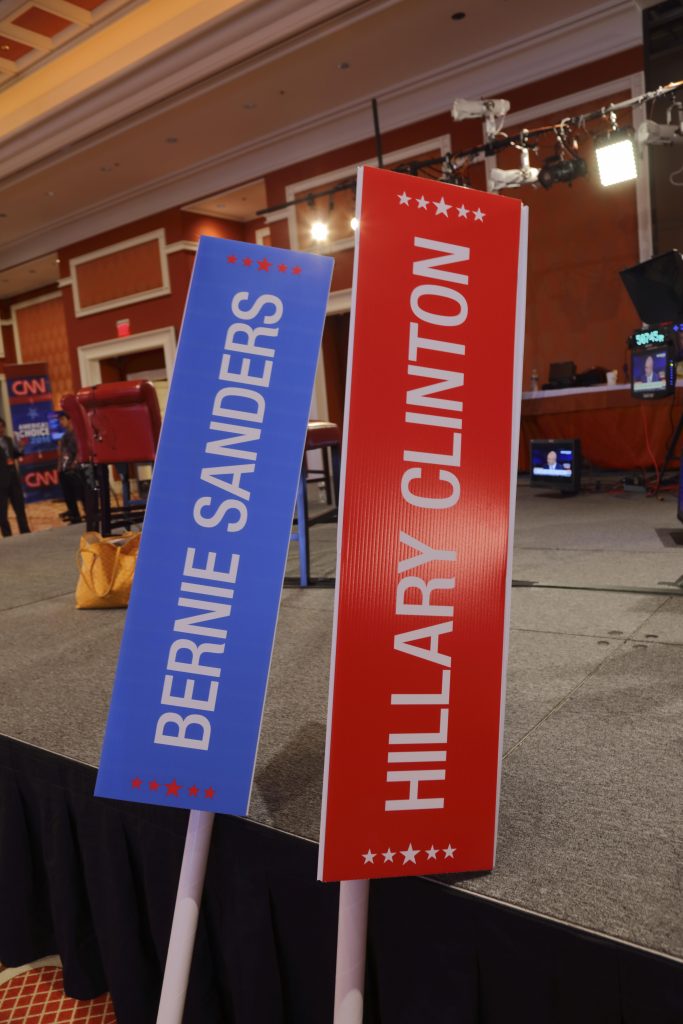 Allies of Hillary Clinton felt threatened by the power of Sen. Bernie Sanders’s candidacy and wondered about getting some signal of support from President Barack Obama in the heat of the Democratic primaries, according to the latest emails in a hacked trove from Clinton campaign chairman John Podesta.

Ahead of the Illinois primary in March, liberal operative Neera Tanden asked Podesta, who formerly worked on Obama’s transition in 2008, if the president could give any kind of indication that he was supporting Clinton over Sanders.

Tanden asked Podesta whether Obama could “even hint of support of Hillary before Tuesday?”

Obama stayed officially neutral in the primaries until Clinton clinched the nomination in June.

Tanden wrote: “Maybe they don’t want to do this, but the stakes are pretty high in this election for him.”

The email exchange was contained in more than 1,500 emails released Wednesday by the anti-secrecy group WikiLeaks. The notes were stolen from the email account of Podesta as part of a series of high-profile computer hacks of Democratic targets that U.S. intelligence officials say were orchestrated by Russia, with the intent to influence the Nov. 8 election. Russia has denied the allegations.

In a separate June 2015 email, the Clinton campaign worried that some state affiliates of the nation’s largest labor union, the National Education Association, were set to endorse Sanders even though the national union had not yet made an endorsement.

On June 22, 2015, Clinton’s labor outreach director Nikki Budzinski emailed other campaign officials to let them know “NEA is concerned their VT affiliate could do a Tuesday [next week] recommendation of endorsement [with potential press release]. This is not confirmed. The bigger concern is that RI and MA might go with VT as well.”

Carrie Pugh, the NEA’s political director, had similar concerns and shared them with Clinton campaign officials.

Budzinski said the move in Vermont “doesn’t pose serious concern for the NEA overall endorsement” but called it an “optics problem” coming before a major meeting of NEA representatives.

“I am working with Carrie Pugh on options to head this off,” Budzinski wrote.

The NEA ultimately endorsed Clinton in October 2015 despite some complaints that leaders hadn’t taken Sanders seriously enough and should have waited.

In an email to Podesta in January, Clinton pollster Stan Greenberg weighed in by urging that Clinton better position herself relative to Sanders on the issue of reforming big money politics and special interest giveaways.

The memo hints that Clinton, a prolific fundraiser and longtime Democratic Party insider, had her doubts.

“Her concern about authenticity and credibility on this issue is understandable but not right,” Greenberg said.

“There is nothing more important politically than Clinton getting ahead of money and politics,” the pollster said. “It is a prerequisite for getting heard on change and government activism, for competing and beating Sanders and establishing a key contrast with the Republicans.”

And both Podesta and New York City Mayor Bill De Blasio warmed to the idea of setting up a “People’s PAC” intended as a vehicle for Clinton to direct support toward liberal Democrats in the House and Senate — and potentially draw Sanders’s supporters to Clinton.

The idea was floated in a March 2016 email from Huffington Post contributor Brett Budowsky to Podesta, which Podesta forwarded to de Blasio, who responded that the liberal PAC “has a lot of merit.”

“I think it’s a good idea but think that our team will see it as a resource diversion,” Podesta wrote to de Blasio.

“The tone has changed — would be great to highlight for her where contrasts should be made,” Gudmundson wrote.