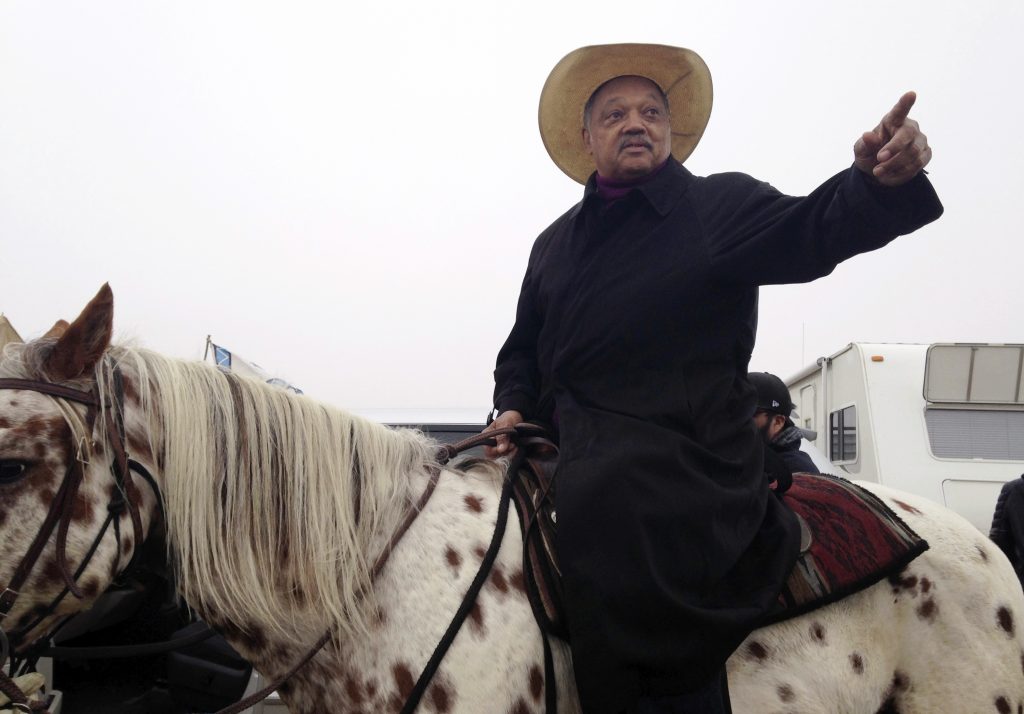 Protesters trying to stop construction of the Dakota Access oil pipeline are bracing for a confrontation with police Thursday after the demonstrators refused to leave private land in the pipeline’s path.

A months-long dispute over the four-state, $3.8 billion pipeline reached a crisis point when some 200 protesters set up camp on land owned by pipeline developer Energy Transfer Partners. The disputed area is just to the north of a more permanent and larger encampment on federally owned land where hundreds of protesters have camped for months.

“At some point the rule of law has to be enforced,” Cass County Sheriff Paul Laney said Wednesday. “We could go down there at any time. We’re trying not to.”

The Federal Aviation Administration is restricting flights over the Cannon Ball area until Nov. 5, allowing only aircraft affiliated with the North Dakota Tactical Operation Center and banning drones.

Some protesters were resigned to a confrontation. On Wednesday, law enforcement included sheriff’s deputies from several counties, the Highway Patrol and the National Guard, and several buses and Humvees stood at the ready.

“I don’t have a crystal ball to know when it will happen, but we know it will happen,” said Mekasi Camp Horinek, a member of the Ponca tribe in Oklahoma. “We’re going to hold this ground.”

Protesters vowed to stay put, at one point chanting, “Stand in peace against the beast.”

“I’m here to die if I have to. I don’t want to die but I will,” said Didi Banerji, who lives in Toronto but is originally from the Spirit Lake Sioux reservation in North Dakota.

About 200 activists moved onto the site last weekend to fight the nearly 1,200-mile pipeline, which they fear could harm cultural sites and drinking water for the Standing Rock Sioux tribe.

Protests supporting the Standing Rock Sioux have been ongoing for months, with more than 260 people arrested so far in North Dakota.

The pipeline is to carry oil from western North Dakota through South Dakota and Iowa to an existing pipeline in Patoka, Illinois, where shippers can send it on to Midwest and Gulf Coast markets. Energy Transfer Partners has said the pipeline is nearly complete other than the work in south central North Dakota.

Local sheriff’s officials had said earlier they didn’t have the resources to immediately remove activists from the private land, which is just north of the main protest camp on federal land near Cannon Ball, a town about 50 miles south of Bismarck. But officers called for reinforcements, and those were arriving from other states.

North Dakota’s Emergency Commission approved $6 million in emergency funding for law enforcement costs related to the protest — but as of Wednesday, nearly all of that had been used up. The Department of Emergency Services plans to ask for more, spokeswoman Cecily Fong said.

The protest has drawn the attention of activists and celebrities, including actress-activist Shailene Woodley and Green Party presidential candidate Jill Stein. Activist Jesse Jackson and actor Mark Ruffalo were at the protest camp Wednesday. Jackson said he was there “to pray together, protest together and if necessary go to jail together.”