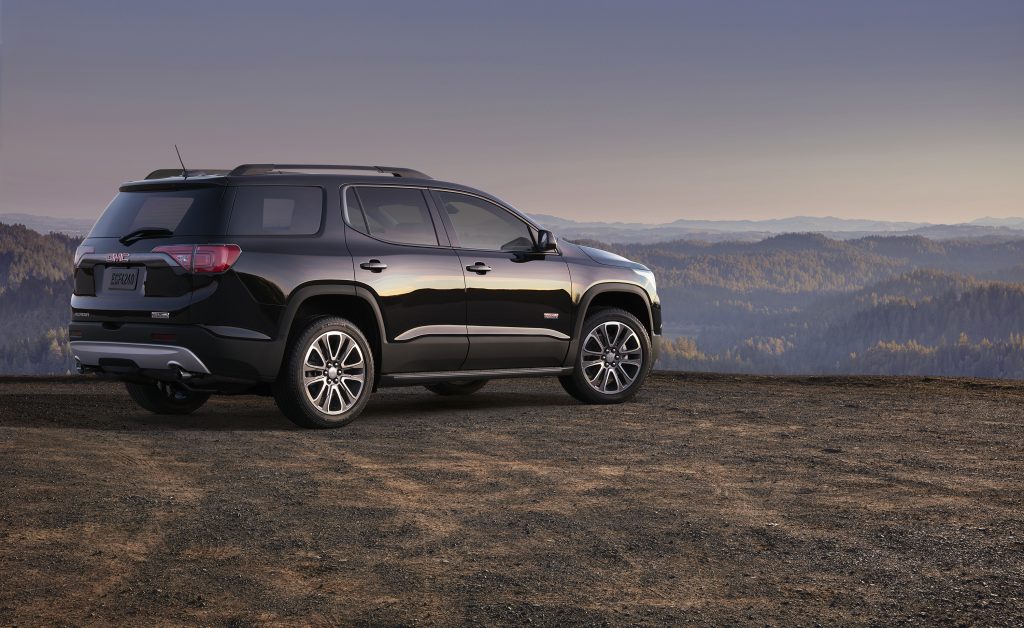 I was overcome by the most powerful sense of deja vu during my first half hour in the 2017 GMC Acadia AWD Denali. I knew I’d never driven one — I hadn’t driven any GMC product since a Jimmy pick-up I owned in the 1970s — but it felt eerily familiar.

Then I remembered: It’s basically a rebadged, rebranded version of parent company General Motors’ Cadillac XT5, which I had reviewed a few weeks earlier.

I liked the XT5, and I like the Acadia. These are both able, big-bodied road cars with some off-road capacity, too.

It’s encased in a quiet, comfortable cabin. Visibility is excellent from the driver’s seat. Head space and leg room are good front row and back. (The vehicle can be had in a three-row format, for a total of seven seats, but those far back seats are for small people with short legs.)

The second-row seats are adjustable and have their own climate-control settings. They don’t fold flat, but the third-row seats do. The power-assist lift gate opens to reveal a big cargo area.

To encourage including the U in SUV, the Acadia is fitted with a tow mount and has transmission settings for two-wheel-drive, four-wheel-drive, towing a trailer, and more. (The car also comes in a front-wheel drive version.) It is said to have a trailering capacity of 4,000 pounds.

The Acadia line — which includes many trim levels, with different drive trains and engines — starts at $30,920 for the base model. The Denali versions start at $46,870, with the fully dressed AWD unit I drove — which included a special sun roof, an adaptive cruise-control package, and an upgraded suspension setup — going for $52,285.