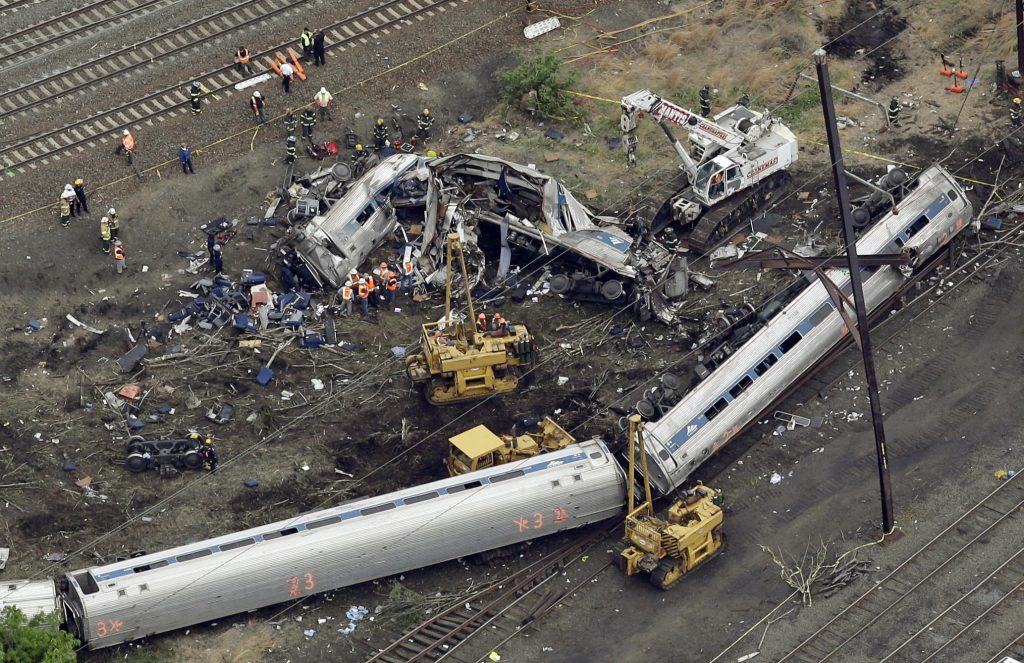 Amtrak will pay $265 million to settle claims related to a 2015 wreck that killed eight people and injured more than 200 others when a speeding train derailed on a curve at night.

Lawyers who announced the settlement Thursday said those filing claims will have their awards in hand by June instead of going through years of legal wrangling if they pursue lawsuits. The deadline to join the settlement program is Nov. 21.

“It is designed to provide everybody with a timely manner and method to be compensated,” said lawyer Robert Mongeluzzi, who worked on the negotiations.

Amtrak has taken responsibility for the May 2015 crash of the Washington-to-New York train. Federal law caps payouts for any one accident at $295 million.

Lawyer Thomas Kline led the negotiations with Amtrak and said individuals may get the full value of their claims — or more or less — depending on how far the settlement fund stretches.

The train derailed minutes after leaving Philadelphia for New York. A U.S. Naval Academy cadet, a college dean and several businesspeople were among those killed. Award-winning chef Eli Kulp was left paralyzed.

Federal investigators later concluded the engineer was distracted by word that a nearby train had been hit by a rock. They say he didn’t realize where he was and accelerated full-throttle to 106 mph instead of slowing down for the curve’s 50 mph speed limit.

Congress raised the cap from $200 million after the crash, given the number of deaths and injuries. Lawyers had argued the initial amount could easily be exhausted.

The judge has appointed special masters to assess individual claims. Amtrak in a statement said it appreciates the court’s help in resolving the matter but otherwise did not plan to comment.

Amtrak installed an automatic speed control at the Philadelphia curve within days of the derailment, as it had in Boston in 1990 after a speeding train derailed into a commuter train near Back Bay Station. The railroad has since enabled speed technology for all but a small portion of the 450-mile Northeast Corridor.