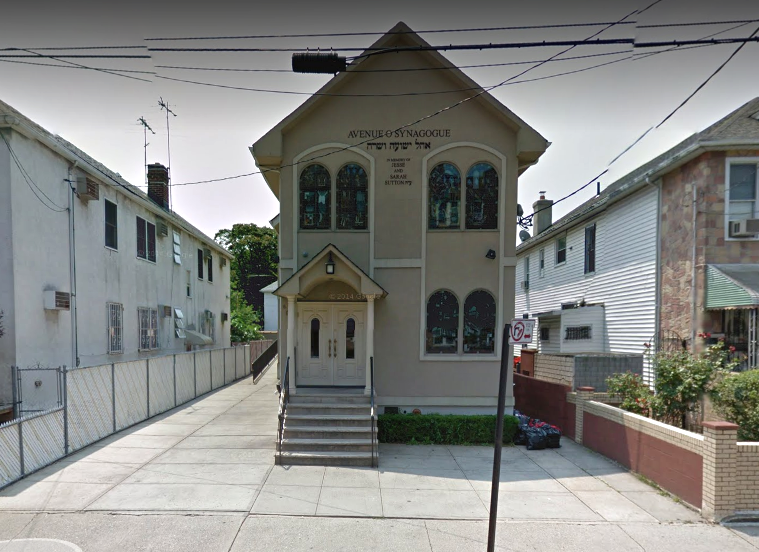 Police are searching for a man who stole four sifrei Torah from a Flatbush shul on Simchas Torah night. The perpetrator entered the Avenue O Synagogue (Ohel Yeshuah v’Sarah) near East 8th Street at approximately 1:00 a.m. and made off with the scrolls.

Gabba’im came to the building early on Simchas Torah morning to prepare for the day’s hakafos and were shocked to find that the shul had been burglarized.

“Obviously, we are heartbroken, but we are hopeful that b’ezras Hashem the perpetrators will be found and we will get the sifrei Torah back,” a member of the shul, who asked not to be named, told Hamodia.

Police began an investigation immediately and sources said authorities have strong leads and are confident that the perpetrator will be apprehended in the near future. The suspect’s image was captured on security cameras.

The office of Councilman David Greenfield has announced a $1,000 reward for information leading to the recovery of the sifrei Torah.

“I’ve spoken to the commissioner about this incident. The police are making it a top priority and are literally using every resource available to them to solve this crime,” Mr. Greenfield told Hamodia. “The reward has helped to get a lot more media coverage and we are hoping that it will make it more likely for someone to help identify [the thief].”

He added that apprehending the suspect in a timely manner is especially important given the risks of the sifrei Torah being sold or, chas v’shalom, damaged or destroyed before they can be recovered.

“You can imagine the shock that people felt when they came to shul for hakafos and realized that the sifrei Torah weren’t there,” said Mr. Greenfield. “It would be distressing at any time, but the timing of this crime is appalling. But the Rav told me that he was looking forward to having another round of hakafos when they are returned.”

The Avenue O Synagogue, a Sephardic-Syrian kehillah, was founded in 1990 and is led by Rabbi Shmuel Beyda.

Anyone with information that could help in solving this crime is encouraged call the NYPD’s Crime Stoppers tip line at 1-800-577-TIPS.