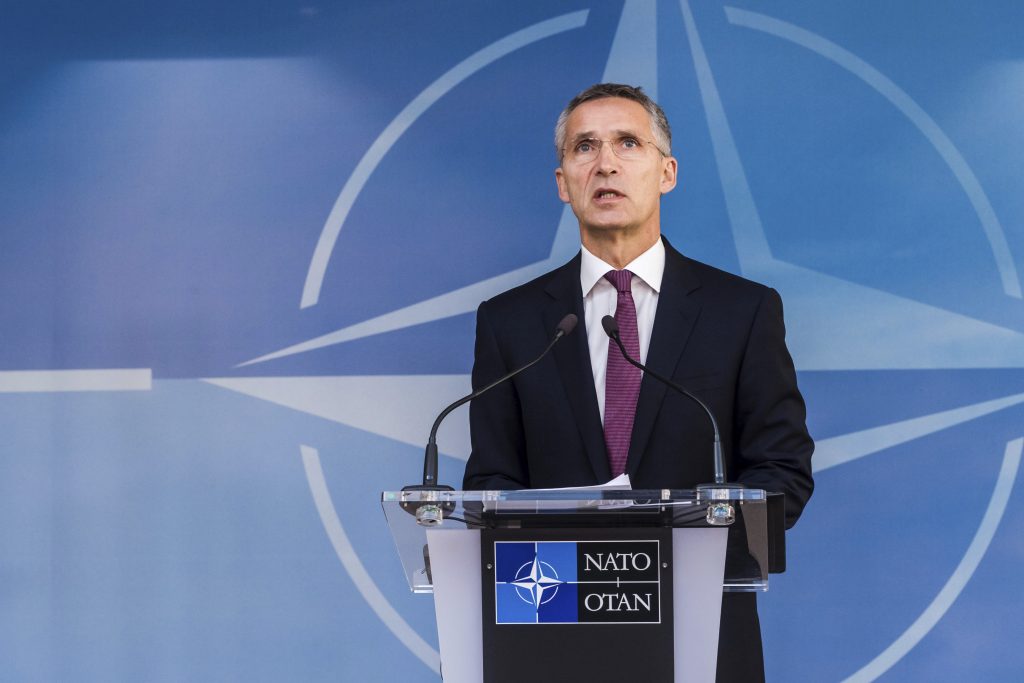 Russia on Wednesday withdrew a request to refuel a fleet of Russian warships in Spain, as Britain and NATO allies piled pressure on Madrid over concerns that the ships could be used to ramp up air attacks in Syria.

Vasily Nioradze, spokesman at the Russian embassy in Madrid, told The Associated Press on Wednesday that the request has been canceled, but he gave no details.

The Russian aircraft carrier Admiral Kuznetsov and escorting vessels have steamed through the North Sea and English Channel in recent days heading to the Mediterranean Sea. NATO allies, including Britain, had been following the small flotilla. Some of the Russian ships had been due to take on supplies and fuel in Spain’s North African enclave of Ceuta.

Russian Defense Ministry spokesman Maj. Gen. Igor Konashenkov said that while there had been no plans for the carrier itself to refuel at Ceuta, some of the escort ships could have been called at the port after coordinating with Spain.

He pointed that Spanish representatives had said that such a visit by the Russian ships was no longer advisable “because of the U.S. and NATO pressure.”

Konashenkov added that the situation won’t affect the carrier group’s mission, as it has enough supplies to operate on its own.

At talks between NATO defense ministers in Brussels, U.K. Defense Secretary Michael Fallon said Britain “would be extremely concerned if a NATO member should consider assisting a Russian carrier group that might end up bombing Syria.”

NATO Secretary-General Jens Stoltenberg said the deployment raised concerns that air assaults could increase in Syria, notably in the besieged city of Aleppo.

Blaming Russia for exacerbating a humanitarian disaster there, Stoltenberg said that “men, women and children are dying every day, killed by disgraceful attacks on their homes and even their hospitals.”

He noted that all 28 allies are aware of NATO’s concern that the Russian ships could be used by Russia as a platform to bomb Aleppo and elsewhere in support of Syrian President Bashar Assad. But he refused to single out Spain, despite being repeatedly asked what damage the refueling might do to NATO’s image.

Just a few hours later, the Spanish Foreign Ministry confirmed in a statement that Russia had withdrawn its request for the stopover.

The ministry said that following reports that the ships involved might take part in supporting military action in Aleppo, it had asked the embassy for an explanation. The ministry did not say if the Russians had given any explanation.

Last month, the Spanish government gave permission for three Russians vessels to stop in Ceuta between Oct. 28 and Nov. 2. This was in line with the normal practice of letting Russian warships stop at Spanish ports.

The U.N. has estimated that 275,000 people are trapped by the Syrian government’s siege of the rebel-held eastern parts of the contested city of Aleppo.

The flotilla heading to Syria’s shores is not the only Russian military deployment raising tensions.

Sweden’s Defense Minister Peter Hultqvist confirmed in Brussels that two Russian corvettes with Kalibr 3M missiles were on their way through the Baltic Sea to the naval base in Russian exclave of Kaliningrad. The vessels were their way back from the Black Sea.

“This is, after all, worrying, and nothing that contributes to lesser tension in our region. It affects all the countries around the Baltic Sea,” Hultqvist told Sweden’s news agency TT.