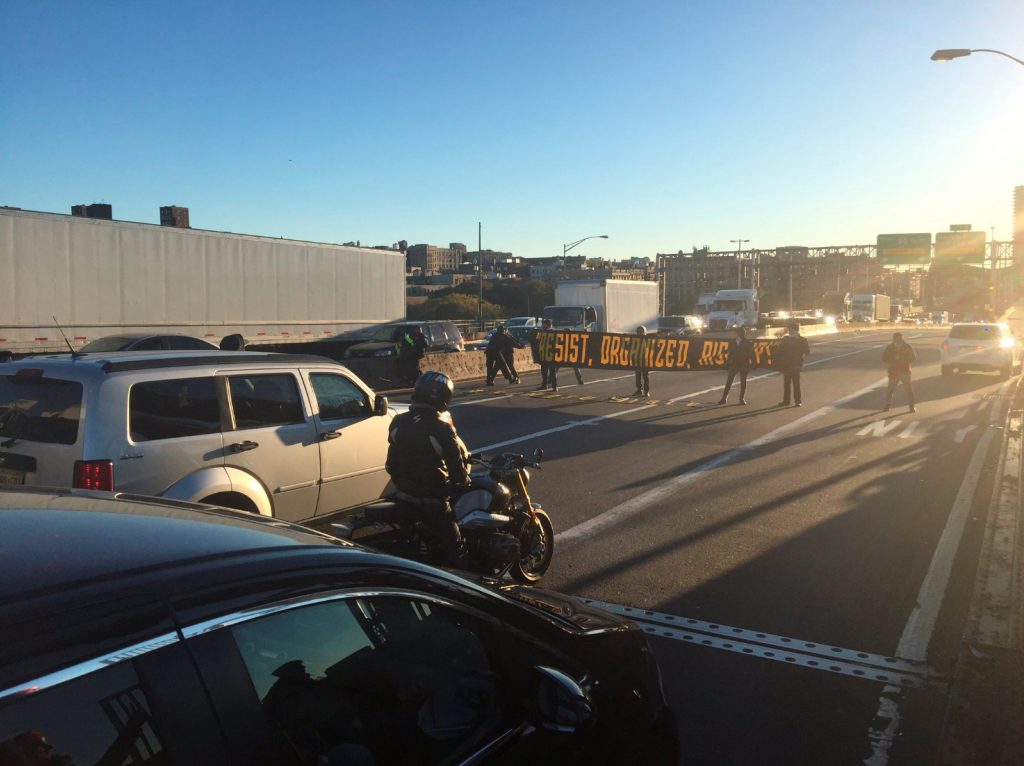 Ten protesters were arrested for chaining themselves together and lying down on the George Washington Bridge on Wednesday morning.

The New York Daily News reports that witnesses said the protesters were part of the #WeAreVisible campaign, demanding equal rights and pay for immigrants. They were holding signs saying, “Resist, Organized, Rise Up.”

“You can protest anywhere you want, but not here, when we have to make a living,” said one commuter, who pulled down a banner. “Guess what? You ain’t protesting no more.”

The Port Authority said that eastbound drivers faced delays up to an hour and 15 minutes.