OPINION: In Trump’s America, Both Consumers and Manufacturers Are Losers 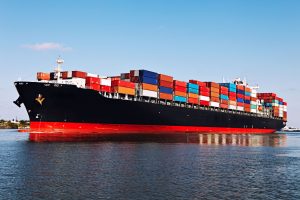 If Donald Trump were to defy the polls and snatch a victory in the U.S. presidential election next month, plenty of campaign promises would be tricky to keep, such as building a border wall on Mexico’s dime or putting a blanket ban on Muslim immigrants. But Trump’s vows to tear up trade deals and slap tariffs on countries like China and Mexico would be easy to keep, quick to implement, and potentially devastating to many of the people who are cheering him and the new Republican Party on.

Trump has for the past year promised to bring back manufacturing jobs and give a fillip to working people by taking aim at countries that export a lot of goods to the United States, especially China, Mexico, and Japan (Trump loves to compare his penalties against Japan with tariffs imposed by President Ronald Reagan in the 1980s, even if Reagan had mixed results). His plan calls for steep tariffs – 35 percent for Mexico and a whopping 45 percent for imports from China – to shield U.S. industries and workers. He has also sworn to tear up NAFTA, leave the World Trade Organization, jettison the Trans-Pacific Partnership, and more.

But most economists agree that Trump’s trade plans would make Americans poorer while doing little to create jobs or stimulate manufacturing. One study by the National Foundation for American Policy found that in the first year alone, the tariffs on Chinese, Japanese, and Mexican goods would amount to a 30 percent cut in wages and cost the average American household more than $2,200.

“At one extreme, Trump succeeds at imposing a substantial increase in cost of living on American consumers with little benefit to U.S. producers,” David Tuerck, a professor of economics at Suffolk University and one of the report’s authors, told Foreign Policy. “The other extreme is that importers find products of similar quality and similar prices elsewhere. There’s no benefit to U.S. producers.”

Trump’s particular policies may well disappear after the election on Nov. 8, given the seemingly commanding lead that his Democratic rival, Hillary Clinton, has opened in nationwide polls and in key battleground states. But even if Trump himself passes from the political scene, much of his hostility to trade will remain behind. He has tapped into, and supercharged, anti-trade forces that threaten to warp cross-border exchanges in the United States and around the world.

Before Trump kicked off his campaign, American voters supported free trade. Today, voters overall are about split on its merits, according to a survey done in August by the Pew Research Center. Yet while about 60 percent of Clinton supporters back free trade, two-thirds of Trump supporters think free trade is a “bad thing” for America.

The Republican Party’s platform, adopted at this summer’s convention, embraced Trump’s skepticism about international trade deals. The party that once championed free trade and free markets has now branded trade agreements as American job killers and calls for punishments on countries that break trade rules.

Democrats have often been leery of big trade accords – and Vermont Sen. Bernie Sanders helped push Clinton to the left on the issue during the primary – but it’s Trump-inspired Republicans who are poised to give the coup de grâce to President Barack Obama’s two signature trade deals. His proposed partnership with 11 Pacific nations looks all but dead in Congress, abandoned by GOP leaders who once supported it. Likewise, the Transatlantic Trade and Investment Partnership with Europe appears stillborn, choked by political pushback in Washington and several European capitals.

With hostility toward free trade, and increasing calls for punitive tariffs on big exporters now a regular feature of the Republican Party, how might that actually affect consumers and workers?

The easiest way for retailers to deal with a 45 percent tariff on goods assembled in China – such as an iPad – would be to simply pass it on to consumers, according to Tuerck. Because the iPad is such a unique product, and other competitors like the Microsoft Surface are primarily assembled in China, it would be hard to find an American manufacturer that makes a similar product.

Right now, Walmart offers the 9.7-inch Apple iPad Pro for $643. Trump-style tariffs, if passed straight through to the consumer, would jack the price up to $932 – a nearly $300 tax paid not by Chinese mandarins but by Walmart customers.

And American manufacturers don’t end up winning back any ground, either: There’s no benefit to existing tablet manufacturers in the United States, because most tablets aren’t made there.

For other products, there are alternatives to Chinese- or Mexican-made goods. Take air-conditioners: Trump likes to remind people that Carrier moved some factories to Mexico to cut costs. Right now, a Carrier 4-ton 16 SEER air-conditioner costs $1,609. After slapping tariffs on Mexico, the retail price would soar to $2,172 – a jump of $563. That could push consumers to hunt for cheaper units but with no guarantee those machines will be made in the United States. Vietnam, among others, rides cheap labor costs to make inexpensive air-conditioners.

“How much demand would be diverted from foreign sources to American manufacturers? We don’t know,” Tuerck said. “It’s always going to be a hunt for the lowest price.”

The biggest threat from punitive tariffs isn’t even the direct economic cost to consumers but retaliation by other countries in the form of matching tariffs, or an all-out trade war, much as happened in the 1930s after the imposition of stiff tariffs in the United States.

Like then, imports into the United States would be more expensive, and U.S. exports would be less competitive, with dire effects on the economy. A recent report by the Peterson Institute for International Economics found that Trump’s trade plans could set off a tit-for-tat tariff war that would end up hurting U.S. exports and depressing growth, costing the American economy 4.8 million jobs by 2019. Many of those vaporized jobs would be in the service sector, including retail and restaurants.

“Millions of Americans, many of whom are vulnerable, have no idea that their livelihoods are at risk,” Marcus Noland, one of the authors of the Peterson report, told FP.