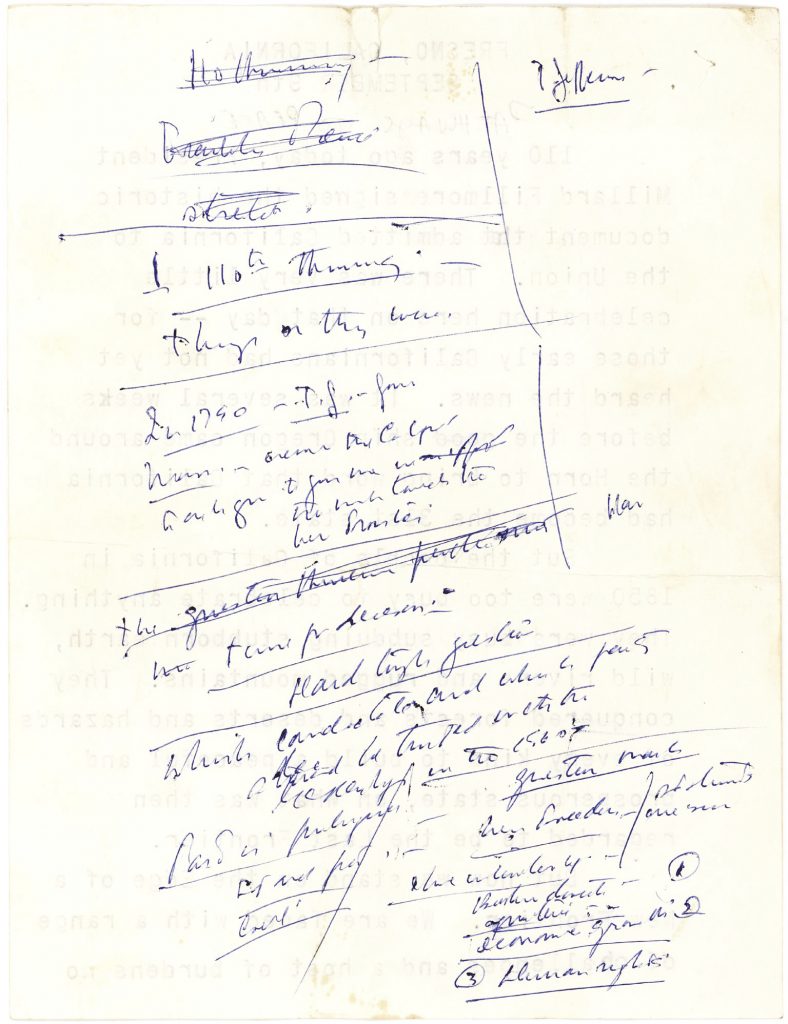 Presidential papers including John F. Kennedy’s scribbled notes for a 1960 campaign speech and a fragment of George Washington’s draft of his first inaugural address are among the top lots of a New York City auction.

The headline above a photograph of the burning World Trade Center says: “U.S. Attacked: Hijacked Jets Destroy Twin Towers and Hit Pentagon in Day of Terror.” The front page’s presale estimate is $6,000 to $8,000. The auction house will donate all of its commission from the proceeds of the sale of the page to the 9/11 charity Tuesday’s Children.

JFK’s fragmented notes reference his famous campaign slogan “The New Frontier” with the words “to ask you to join me on the path toward the new frontier.” They were used for a speech at a 1960 rally in Los Angeles. Lion Heart believes it could sell for up to $3,500.

The Washington fragment, one of a small number that survive of Washington’s handwritten draft for his first inaugural speech, contains the words “Let us advance directly forward in the path of our duty. Should the path at first prove intricate and thorny, it will grow plain and smooth as we go.” It carries a pre-sale estimate of $130,000 to $150,000.

Another highlight is a 1993 letter on White House stationery signed by Clinton thanking New York Sen. Daniel Patrick Moynihan for his support for the renewal of China’s Most Favored Nation status. Estimated to bring up to $1,000, it states that China “will be held accountable for its human rights record and its trade and weapons proliferation practices.”