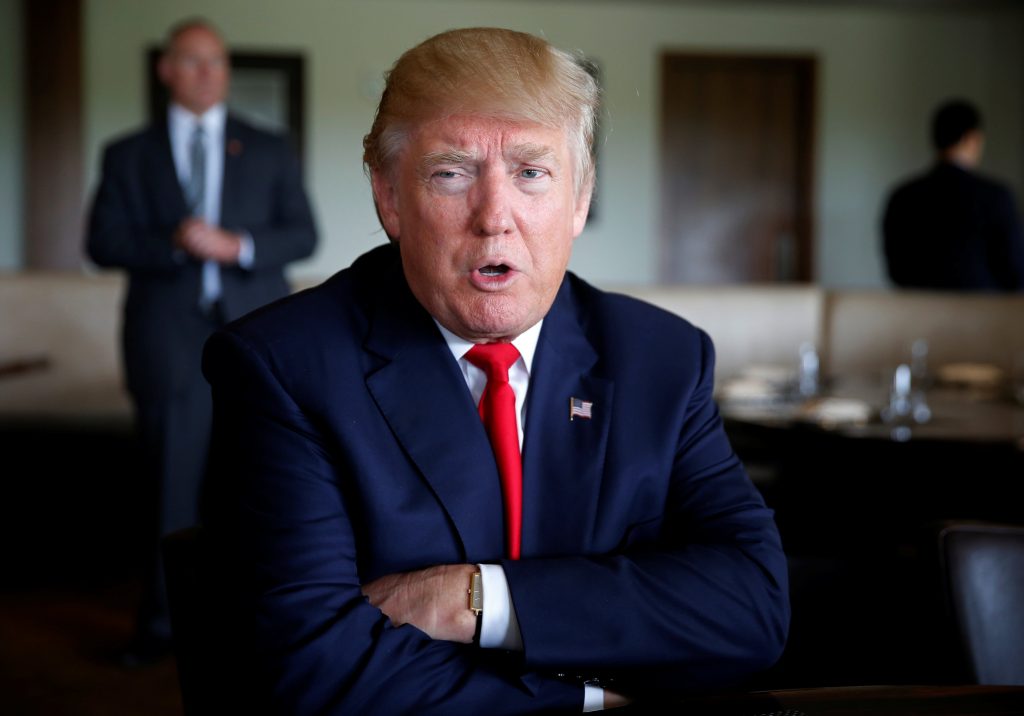 Republican presidential nominee Donald Trump said on Tuesday that Democrat Hillary Clinton’s plan for Syria would “lead to World War Three,” because of the potential for conflict with military forces from nuclear-armed Russia.

In an interview focused largely on foreign policy, Trump said defeating Islamic State is a higher priority than persuading Syrian President Bashar al-Assad to step down, playing down a long-held goal of U.S. policy.

Trump questioned how Clinton would negotiate with Russian President Vladimir Putin after demonizing him; blamed President Barack Obama for a downturn in U.S. relations with the Philippines under its new president, Rodrigo Duterte; bemoaned a lack of Republican unity behind his candidacy and said he would easily win the election if the party leaders would support him.

“If we had party unity, we couldn’t lose this election to Hillary Clinton,” he said.

On Syria’s civil war, Trump said Clinton could drag the United States into a world war with a more aggressive posture toward resolving the conflict.

Clinton has called for the establishment of a no-fly zone and “safe zones” on the ground to protect non-combatants. Some analysts fear that protecting those zones could bring the United States into direct conflict with Russian fighter jets.

“What we should do is focus on ISIS. We should not be focusing on Syria,” said Trump. “You’re going to end up in World War Three over Syria if we listen to Hillary Clinton,” Trump said.

“You’re not fighting Syria any more, you’re fighting Syria, Russia and Iran, all right? Russia is a nuclear country, but a country where the nukes work as opposed to other countries that talk,” he said.

Trump said Assad is much stronger now than he was three years ago. He said getting Assad to leave power was less important than defeating Islamic State.

On Russia, Trump again knocked Clinton’s handling of U.S.-Russian relations while secretary of state and said her harsh criticism of Putin raised questions about “how she is going to go back and negotiate with this man who she has made to be so evil,” if she wins the presidency.

On the deterioration of ties with the Philippines, Trump aimed his criticism at Obama, saying the president “wants to focus on his golf game” rather than engage with world leaders.

Since assuming office, Duterte has expressed open hostility towards the United States, rejecting criticism of his violent anti-drug clampdown, using derogatory language to describe Obama and telling the United States not to treat his country “like a dog with a leash.”

The Obama administration has expressed optimism that the two countries can remain firm allies.

Trump said Duterte’s latest comments showed “a lack of respect for our country.”

The interview comes two weeks before the election, with Trump trailing badly in the polls. He repeated his assertion that the “media is rigging the polls” and said his supporters were upset with the leadership of the Republican Party.

“The people are very angry with the leadership of this party, because this is an election that we will win 100 percent if we had support from the top. I think we’re going to win it anyway.”

He said if he wins he would not consider putting Democrats in his cabinet but would work with them on legislation.