Israel Liberman: If Hamas Will Impose War on Israel, It Will Be the Final War for Them
Israel 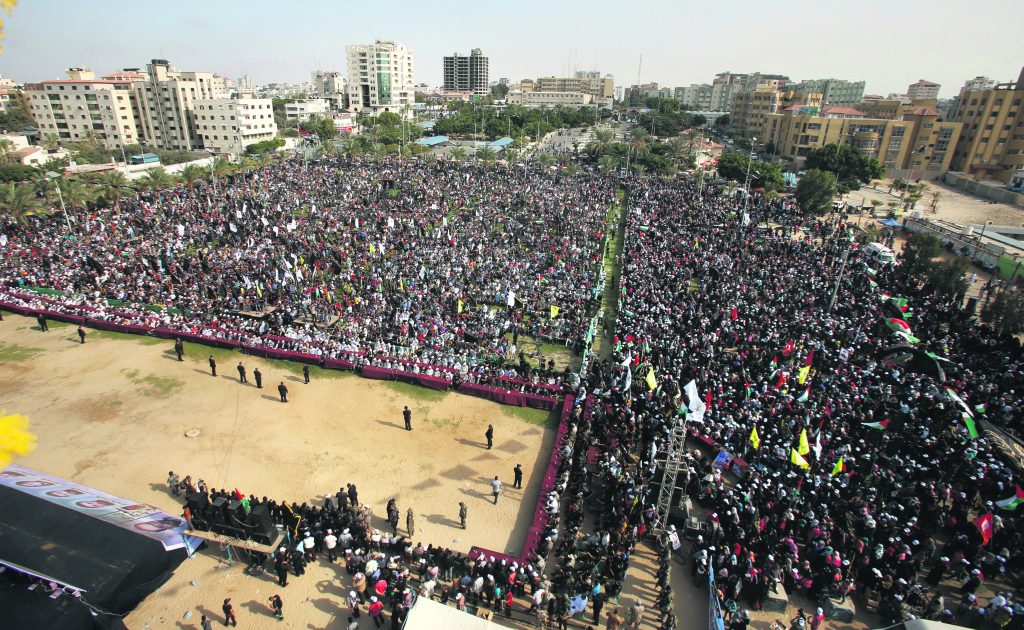 While Liberman’s positions are well known, it’s unusual for Palestinian media to interview him. The interview in the Al Quds daily comes at a time of heightened tensions between the two sides.

Liberman said Abbas was not capable of signing a peace deal with Israel. “This agreement needs someone else, someone capable of taking a tough decision,” he said.

Liberman has stoked controversy in the past with incendiary remarks about the Palestinians and the Arab minority in Israel. Liberman, who became defense minister earlier this year, is one of Israel’s most polarizing politicians.

The interview angered some Palestinians, with the Palestinian Ministry of Information issuing a statement criticizing the reporter as “giving a stage to the murderer Liberman.”

He started his interview saying, “It’s important for me to talk directly to the Palestinian people. … I have tried to do that since I took office … because I believe there are misunderstandings.”

“If they [Hamas] impose war on Israel, it will be the final war for them; we will destroy them completely,” Liberman was quoted as saying in the full-page interview.

Hamas has fought three wars with Israel since 2007 when the terror group seized power in Gaza after ousting forces loyal to Abbas in street battles. Since then, Hamas has ruled Gaza and Abbas governs parts of Yehudah and Shomron.

A ceasefire has largely held since 2014 after Hamas fought a 50-day war against Israel, but Gaza terror groups occasionally launch rockets toward Israel, which retaliates with airstrikes.

Hamas official Fathi Hammad said his group is “in no way afraid, and this is a powerful message from Gaza to Liberman.”

Israel, along with Egypt, has imposed a blockade on Gaza since Hamas seized power there. Israel says the restrictions are needed to prevent Hamas from acquiring weapons. It considers Hamas, an armed group sworn to Israel’s destruction, a terrorist group.

In the interview, Liberman also said that Israel is ready to invest in an airport, sea port and industrial park in Gaza — if Hamas “stops building tunnels and launching rockets.”

“Gaza could be the Singapore or Hong Kong of the Middle East,” he said.