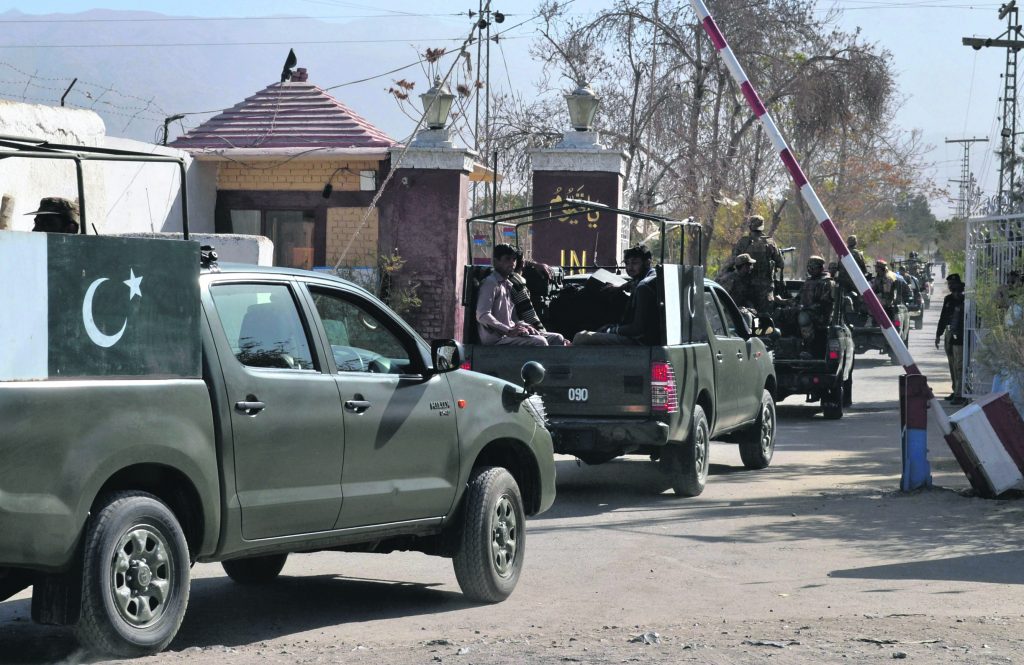 Middle East-based Islamic State on Tuesday said terrorists loyal to their movement attacked a police training college in the southwestern Pakistani city of Quetta, in a raid that officials said killed 59 people and wounded more than 100.

Hundreds of trainees were stationed at the facility when masked terrorists stormed the college on the outskirts of Quetta late on Monday. Some cadets were taken hostage during the raid, which lasted nearly five hours. Most of the dead were cadets.

“Militants came directly into our barrack. They just barged in and started firing point-blank. We started screaming and running around in the barrack,” one police cadet who survived told media.

Other cadets spoke of jumping out of windows and cowering under beds as masked terrorists hunted them down. Video footage from inside one of the barracks showed blackened walls and rows of charred beds.

Islamic State’s Amaq news agency published the claim of responsibility, saying three IS terrorists “used machine guns and grenades, then blew up their explosive vests in the crowd.”

Prime Minister Nawaz Sharif and army chief Gen. Raheel Sharif both traveled to Quetta after the attack and participated in a special security meeting on Tuesday afternoon, the prime minister’s office said.

One of the top military commanders in Baluchistan, Gen. Sher Afgun, told media that calls intercepted between the terrorists and their handlers suggested they were from the sectarian Sunni terrorist group LeJ.

“We came to know from the communication intercepts that there were three militants who were getting instructions from Afghanistan,” Afgun told media, adding that the Al Alami faction of LeJ was behind the attack.

LeJ, whose roots are in the heartland Punjab province, has a history of carrying out sectarian attacks in Baluchistan, particularly against the minority Hazara Shias. Pakistan has previously accused LeJ of colluding with al-Qaida.

Authorities launched a crackdown against LeJ last year, particularly in Punjab province. In a major blow to the organization, Malik Ishaq, the group’s leader, was killed in July 2015 alongside 13 members of the central leadership in what police say was a failed escape attempt.

“Two, three days ago we had intelligence reports of a possible attack in Quetta city. That is why security was beefed up in Quetta, but they struck at the police training college,” Sanaullah Zehri, chief minister of Baluchistan, told the Geo channel.

The Hakeemullah Mehsud faction of the Pakistani Taliban also claimed responsibility for the attack in an emailed statement, but when members of the group were asked about the statement, they could not confirm it was authentic.

Quetta has long been regarded as a base for the Afghan Taliban, whose leadership has regularly held meetings there.

Baluchistan is no stranger to violence, with separatist fighters launching regular attacks on security forces for nearly a decade and the military striking back.

“Our problem is that when an attack happens, we are alert for a week after, 10 days later, until 20 days pass, [but] then it goes back to business as usual,” he said.

“We need to be alert all the time.”