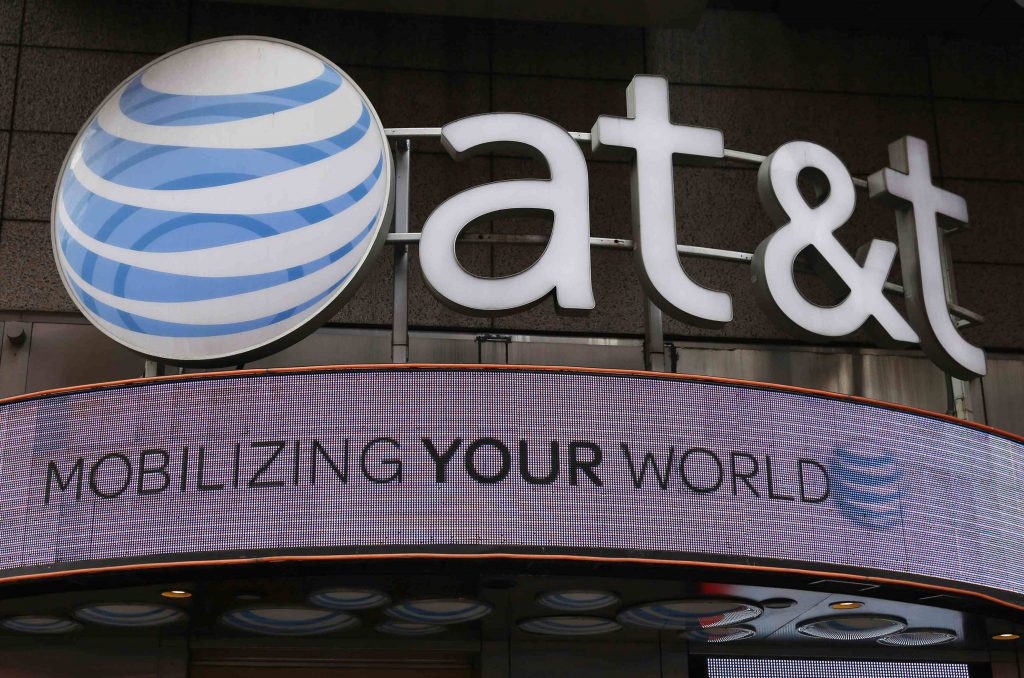 AT&T has agreed to a blockbuster $86 billion acquisition of Time Warner, a move that would turn most storied U.S. telecom company into one of the most prominent media producers in the world, multiple news outlets reported Saturday.

The merger casts a spotlight on a defining movement for the giants of modern tech: their accelerating conquest of media in an increasingly unbundled world.

AT&T, Amazon.com, Google and Verizon have all surged into original content, thinking it offers them a lucrative foothold into viewers’ pockets and living rooms, and a unique bulwark against the rapidly changing Web and cable-TV landscapes.

But the consolidation of media into fewer empires also has renewed concerns over the fairness and freedom of tomorrow’s entertainment. Telecom gatekeepers such as AT&T could steer customers to their own offerings, muscling out independent artists and limiting choice. Or they could exclude non-customers, forcing curious audiences to subscribe or go without.

“You have a big distributor owning some of the largest networks. Is everyone going to have equal access to those networks?” said Eric Handler, a media and entertainment analyst for MKM Partners.

The deal, which the Wall Street Journal first reported could be announced this weekend, would be the largest in a year of mega-mergers. It would probably attract heavy regulatory scrutiny over its potential to stifle media competition or suppress innovation.

Regulators, Handler said, would ask whether creators in the shadow of the AT&T juggernaut could “survive in this new ecosystem.”

Republican presidential nominee Donald Trump said Saturday that if elected he would block the merger.

“As an example of the power structure I am fighting, AT&T is buying Time Warner and thus CNN – a deal we will not approve in my administration, because it’s too much concentration of power in the hands of too few,” Trump said during a speech in Gettysburg, Pennsylvania.

AT&T and Time Warner did not respond to requests for comment.

News of the merger follows a wave of dealmaking and consolidation that has been transforming viewers’ leisure time and media spending, including Comcast’s purchase of NBCUniversal in 2011.

Tech giants, meanwhile, have been aggressively encroaching on traditional media. Google has pushed into live-TV streaming. And Netflix and Amazon doubled their yearly investments on programming between 2013 and 2015, reaching a combined $7.5 billion last year, more than CBS or HBO, according to industry researcher IHS Markit. Apple, which has more mobile screens in the hands of consumers than any other company in the United States, is also making moves to offer original services and content that can be directly accessed through its smartphones and tablets.

For years, AT&T has run the pipes to channel content to home media or cellphones, but didn’t create the content itself. Its marriage with Time Warner would give AT&T prime control and potential influence over some of the biggest names in media, including CNN, HBO and Warner Bros.

Time Warner content also gains much of its value from being sold to multiple distributors, including cable companies such as Comcast and Cox Communications or through Verizon’s FiOS service. That could undermine the value of AT&T’s exclusivity.

“There are some exclusivity options . . . but when you have to do deals, it really pays to be platform agnostic,” Handler said. “You have to go where the eyeballs are.”

Telecom titans such as AT&T and Comcast were once content to run their businesses like utilities, providing basic services to a steady clientele and leaving the creative costs and risk-taking to a horde of producers, filmmakers and studios.

But the financial bedrock of traditional media and wireless service looks shakier than ever. The core business for companies such as AT&T now mostly involves fighting over a shrinking household base for media packages and a saturated audience for mobile and Internet service.

Pay-TV service – dominated by AT&T through its ownership of satellite service DirecTV, which it bought for $48.5 billion last year – is also under threat by the rise of “cord cutters,” who are trimming their cable bills or finding video and entertainment options over the Web.

The rapid reshaping of technology and consumer preference has undermined the telecom industry’s traditional moneymakers, such as cable and wireless subscriptions. Many viewers are swearing off cable packages, streaming shows over the Web to their phones or computers, and spending time on games, social media or on-demand video outside the traditional structure of linear TV.

“They’ve got this sunk investment in these assets of distribution, and distribution is changing rapidly. There’s only so much they can raise the prices on online service,” said Robin Diedrich, a senior analyst with Edward Jones. “Being able to own content that is unique to them allows them to . . . pay back those investments they made.”

But John Bergmayer, senior counsel at the Washington technology advocacy group Public Knowledge, also said the deal poses a major threat to consumer choice. The merged company could crowd out or block alternative programming on its media service, give preferential treatment to its own content on its broadband Internet service, or impose higher costs for TV competitors seeking to run Time Warner content.

In this case, the Federal Communications Commission would probably not have jurisdiction over the merger because no regulated telecom assets will be changing hands, said an industry attorney who has worked with Time Warner. Time Warner owns a single TV station in Atlanta, and that could easily be cut out of the deal to avoid FCC oversight, the attorney said who spoke on the condition of anonymity to discuss matters that have not been made pubic yet. Approval of the deal would probably fall to the Justice Department instead.

The AT&T-Time Warner deal presages a broader transformation of the tech and entertainment world. Viacom and CBS also are considering mergers that could be secured in the coming months.

“When a big deal like this happens, more deals tend to happen,” analysts with New Street Research told investors Friday. “It is a good time to be an asset ‘in play.’ ”

Time Warner represents a clean get for any deep-pocketed company seeking to greatly expand its empire. The company had sweetened its future prospects by carving off low-growth divisions, such as AOL and its magazine business, and spinning off its cable-TV provider, Time Warner Cable. And much of its content has remained popular even as the traditional entertainment model has begun to unravel.

The company offers what Brean Capital managing director Alan Gould said in a Friday note to investors has “historically been the greatest content factory in the industry.”