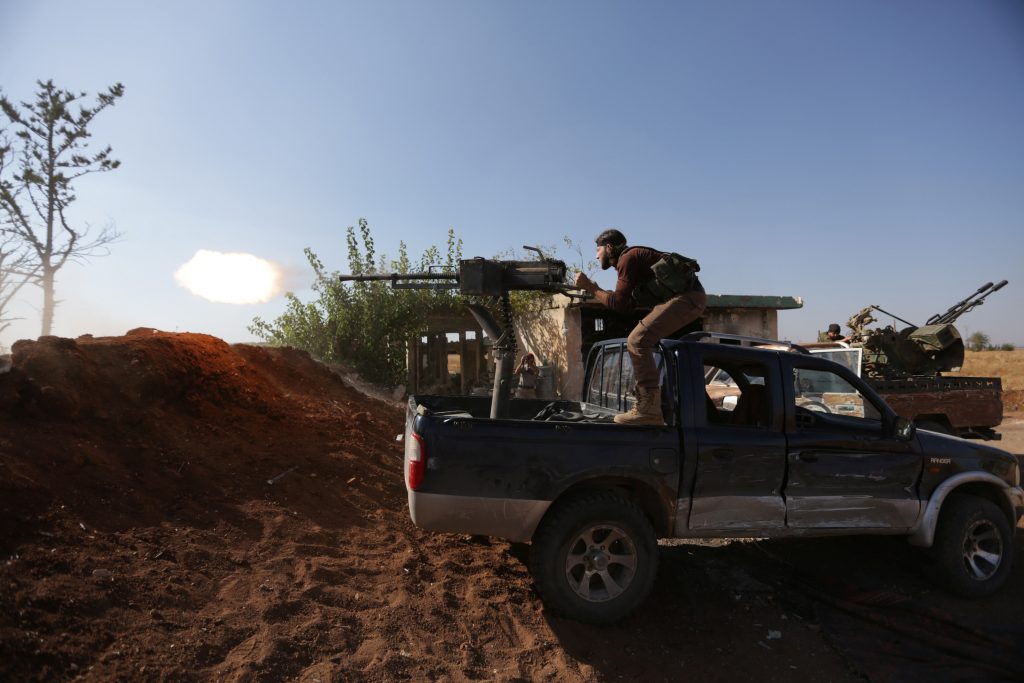 Clashes and exchanges of artillery fire broke out in Aleppo on Saturday, a monitoring group said, shortly after a Russian-announced cease-fire ended at 7 p.m. local time.

A Red Cross official, meanwhile, said that no civilians were evacuated during the three days of the cease-fire, which Moscow had said was intended to allow civilians and injured people to leave rebel-held eastern Aleppo.

Evacuations had been impossible because of the poor security situation in the city, said Ingy Sedky, spokeswoman for the International Committee of the Red Cross in Syria.

The Red Cross team was unable to enter rebel-held eastern Aleppo, under siege since July, Sedky said. There was mortar shelling and sniper fire, she said.

The Syrian Observatory for Human Rights said the end of the cease-fire was marked by fighting in the city’s Amiriyeh, Salah al-Din, and Sheikh Said areas.

Warplanes flew over central Aleppo and attacked an area on the outskirts where rebels recently gained ground from government forces, the observatory said.

The Russian military had announced an 11-hour cease-fire for Thursday to allow civilians, rebel fighters and injured people to leave the area, promising them safe passage.

It later extended the cease-fire for two more days. Rebels, however, said they would not leave the city.

The Syrian opposition said there were no guarantees that wounded evacuees would not be arrested by government forces and no provision for supplying humanitarian aid to those remaining in the enclave.

Sedky said Friday that Red Cross teams were ready to evacuate people but had not received the necessary security guarantees.

The United Nations Human Rights Council decided Friday to begin an investigation into war crimes against civilians in Aleppo, putting pressure on the Syrian government and its ally Russia, both of which have been bombarding the rebel-held east.

In eastern Aleppo, 250,000 to 300,000 civilians are thought to be trapped, with dwindling food supplies and extremely limited medical care in underground hospitals that have been hit repeatedly by airstrikes.