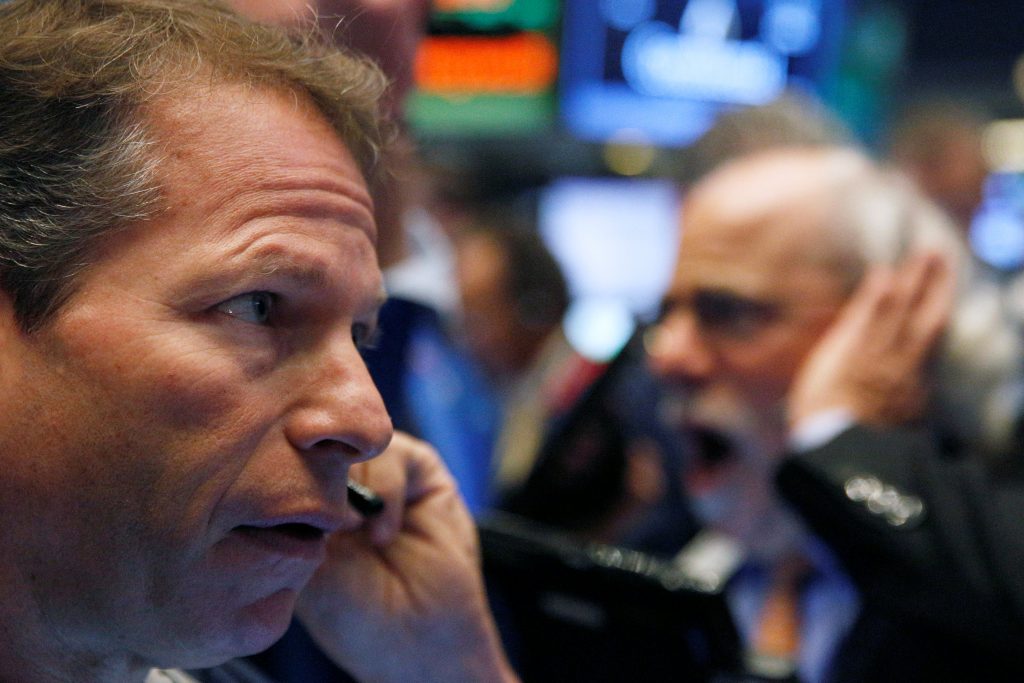 The S&P 500 and the Dow came off session lows early Friday afternoon, but continued to be weighed down by energy and health-care stocks, while a record-setting rally in Microsoft kept the Nasdaq in positive territory.

Also dampening sentiment was GE, which cut its full-year revenue growth target, narrowed its profit forecast and gave a dour commentary on the economy.

GE’s shares were off 1.5 percent, trading at their lowest since February and weighing on other industrials.

The energy index was off 1.1 percent, while health was down 0.9 percent. J&J and Merck were down 1 percent. Exxon’s 1 percent decline and Schlumberger’s 4 percent drop weighed on the energy index.

However, helping limit losses was a record-setting rally in Microsoft and a rise in McDonald’s on the back of their strong quarterly reports.

GE’s weak report came on the heels of lackluster results from other heavyweights such as Verizon and Travelers.

“If companies cannot beat estimates in this (low-rate) environment, it raises the question of what will happen when the Fed raises rates in December,” said Adam Sarhan, chief executive at Sarhan Capital.

The persistent strength in the dollar, which affects the overseas income for companies, also worried investors. The dollar hit an eight-month high.

“A strong dollar has become the new reality, but the question going forward is how much stronger the dollar is going to get and one of the biggest risks is the Fed raising rates,” Sarhan said.

AT&T fell nearly 2.7 percent after The Wall Street Journal reported that the wireless carrier was in advanced talks to buy Time Warner, whose stock surged 10 percent.

Reynolds surged 13.4 percent after British American Tobacco’s $47-billion offer to buy the 58 percent of the company it doesn’t already own.