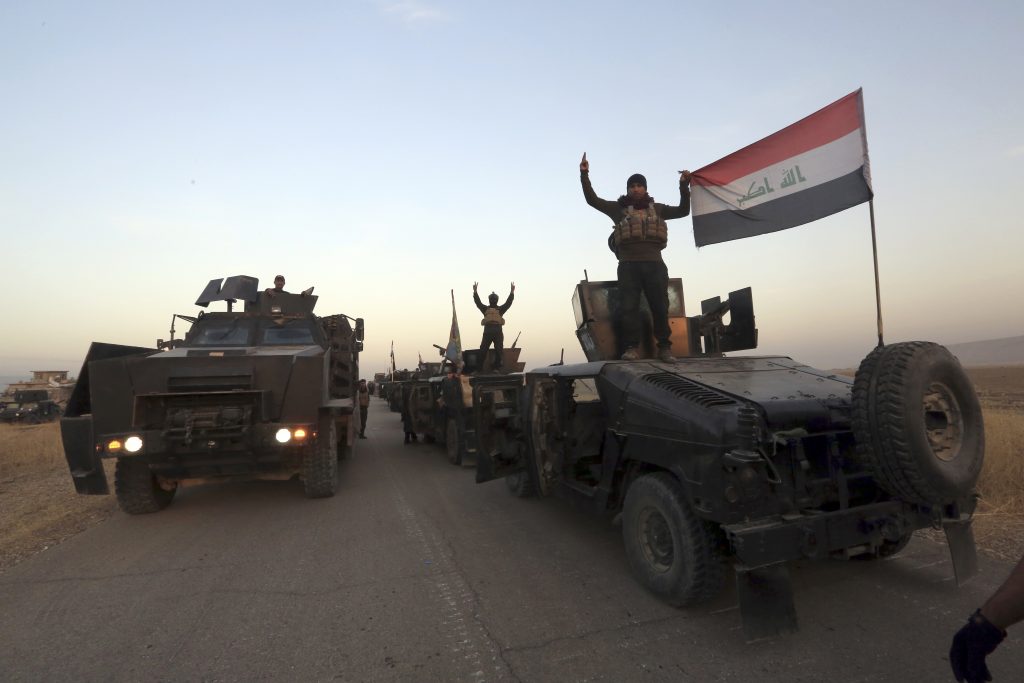 A U.S. service member was killed by a bomb blast in northern Iraq on Thursday, as U.S. troops expanded their support to local forces battling the Islamic State.

In a statement, the U.S. military said the death resulted from an improvised explosive device, but provided no further details. It is the fourth U.S. combat casualty in Iraq since renewed military operations began in 2014, and the first since a major offensive to reclaim the city of Mosul began earlier this week.

According to U.S. officials, the incident took place “near Mosul.” The American was injured in the blast and later died of his wounds, they said. Officials declined to identify the service member before his family has been notified.

The fatality is an indication of the risks facing Iraqi troops, in particular, as they push toward Islamic State lines in and around Mosul, the militant group’s chief stronghold in the country since 2014. In preparation for the assault by local forces, militants have sown the city and villages around it with extensive roadside bombs, trenches, tunnels and booby traps, designed to slow the advance of Iraqi forces.

Since the operation began on Monday, the Islamic State has lost some areas east and north of Mosul. The multi-pronged assault on the city includes Iraqi counterterrorism troops, army soldiers, Kurdish peshmerga and local tribal fighters. It is expected to be a protracted fight that will require the street-by-street clearing of one of Iraq’s largest cities.

American forces will also be exposed to greater risk during the operation, as U.S. advisers accompany local units closer to the front lines. Already, over 100 advisers are providing assistance to Iraqi forces, helping to coordinate air and artillery attacks, relaying intelligence, and assisting with tactical planning.

The White House has authorized U.S. commanders to place advisers with Iraqi army battalions as they advance, similar to the advising they currently conduct with peshmerga and elite counterterrorism forces. The use of U.S. Apache attack helicopters is another element of additional risk facing the U.S. military in the Mosul operation.

The U.S. officials, speaking on condition of anonymity to discuss information emerging about the incident, declined to say whether the servicemember was advising local forces when the incident occurred. Special Operations forces who are part of a counter-terrorism task force in Iraq have a separate mission to hunt down militant leaders.