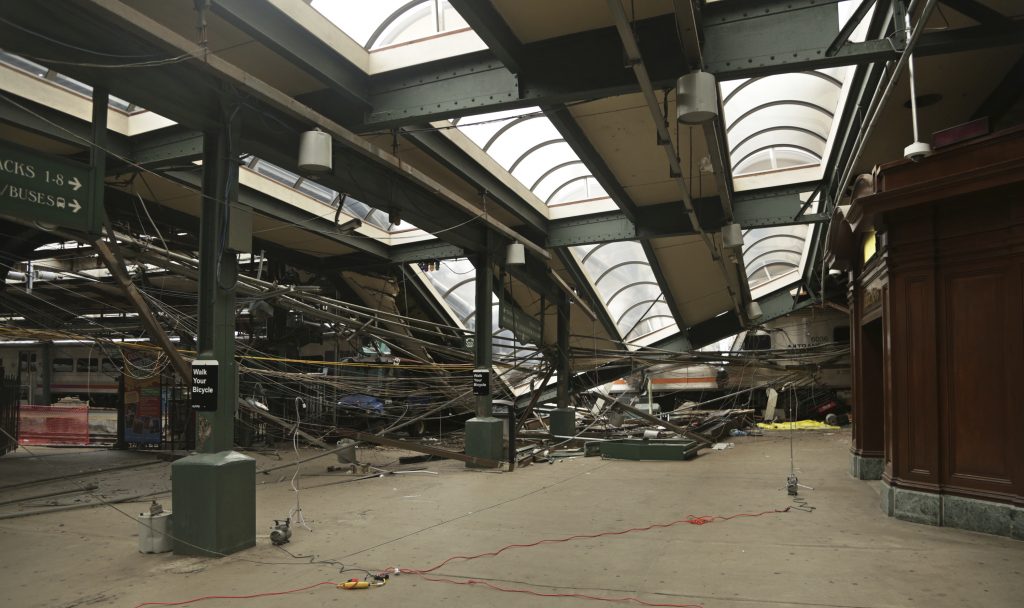 New Jersey’s commuter railroad is facing growing calls for more scrutiny at federal and state levels amid questions about its safety after one of its trains crashed into a station last month, killing a woman on the platform and injuring more than 100.

New Jersey lawmakers on Thursday voted to grant themselves subpoena power as they begin to look into the Sept. 29 crash at Hoboken Terminal.

And U.S. Sens. Bob Menendez and Cory Booker, both of New Jersey, on Wednesday asked federal officials to investigate safety and funding issues within NJ Transit, including a finding by The Associated Press that NJ Transit had a significantly higher accident rate over the last five years than the rest of the nation’s 10 largest commuter railroads.

“While the cause of this accident and other safety incidents are not yet known, organizational issues exacerbated by budget cuts and dedicated funding may have played a role in these safety issues,” the senators said in the letter to Christopher Hart, chairman of the National Transportation Safety Board. “It is critical that all steps are taken to ensure the safety of commuters and families that use NJ Transit every day.”

The Democrats also wrote U.S. Transportation Secretary Anthony Foxx to probe whether there are additional safety issues and whether lack of funding impaired NJ Transit from addressing safety needs.

Trains run by NJ Transit, which operates the nation’s second-largest commuter railroad, have been involved in 157 accidents since the start of 2011, three times as many as the largest, the Long Island Rail Road, according to an Associated Press analysis of data from January 2011 through July 2016.

NJ Transit had a significantly higher accident rate during that span than the rest of the nation’s 10 largest commuter railroads, ranked by weekday ridership, and had the highest rate of accidents attributed to human factors, such as speeding and drug impairment. In all, the accidents have caused more than $6 million in damage and injuries to 13 passengers.

Lawmakers from the New York and New Jersey region and beyond last week called on the federal government to step in to help address safety concerns.

They asked the government to fulfill the transit agency’s $10 million request to help it install the GPS-based positive train control system. The transit agency said in a filing in June that it hasn’t made any additional progress on installing the system while approaching a December 2018 deadline.

NTSB investigators said positive train control was one of the things they’re looking at in their review of the Sept. 29 accident in which a train was traveling more than double the speed limit before crashing into the station.

Foxx said at a news conference in New York last week that he wasn’t ready to commit to the $10 million, but that the government believes very strongly in positive train control. Asked whether the federal government had the authority to take control or oversee New Jersey Transit, Foxx pointed to the federal government’s work with the Washington Metropolitan Transit Authority and said the agency will continue monitoring the situation in New Jersey.

Back in the New Jersey statehouse, the Democrat-led Assembly voted, 71-0 to give itself the ability to compel witness to testify and provide documents.

A joint Senate and Assembly legislative oversight committee hearing is set for Friday.