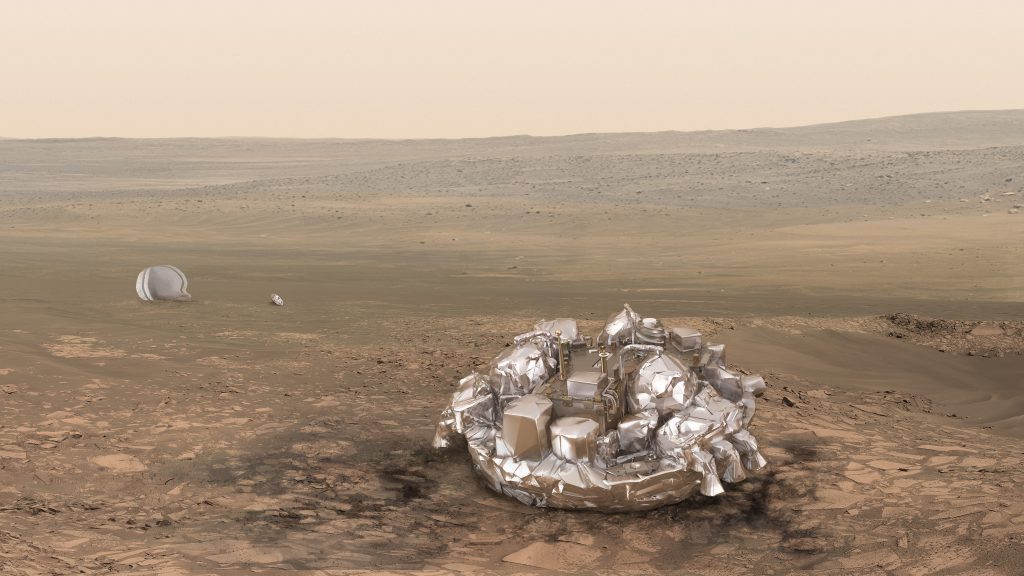 The European Space Agency lost contact with an experimental Mars probe shortly before its planned landing on the red planet Wednesday. Scientists said that wasn’t a good sign for the Schiaparelli lander, but it was too soon to give up on the craft.

ESA successfully put Schiaparelli’s mother ship, which will analyze the Martian atmosphere, into orbit. But several hours after the lander was supposed to have touched down at 14:48 GMT, there was no firm word on its fate.

“The signal (from Schiaparelli) went through the majority of the descent phase but it stopped at a certain point that we reckon was before the landing,” Paolo Ferri, ESA’s head of operations, said at mission control in Darmstadt, Germany.

“To conclude more on this, because there could be many reasons for that, we need more information,” he said. “It’s clear that these are not good signs.”

An update is expected on Thursday, he said.

Schiaparelli was meant to test technology for a future European robotic mission to Mars. It is part of a larger international mission called ExoMars that will help in the hunt for life on the planet.

Schiaparelli was released from the mother ship, the Trace Gas Orbiter, on Sunday. Scientists said the gentle approach would turn into a six-minute horrific ride when the probe plunged into the hot, dusty Martian atmosphere and hurtled toward the surface at 13,050 mph.

The plan was for Schiaparelli to deploy a parachute and then thrusters to slow down to 6.2 mph before hitting the surface.

Landing a spacecraft on Mars is notoriously difficult and several past missions have failed, including the European Space Agency’s previous attempt in 2003 with the rover Beagle 2. It made it to Mars but its solar panels didn’t unfold properly, preventing it from communicating.

While Schiaparelli has some scientific instruments on board, its main purpose was to rehearse the landing and test technology for a European rover mission to Mars in 2020. NASA has successfully placed several robotic vehicles on the planet, including the Opportunity and Curiosity rovers.

The ExoMars program, which comprises the current and 2020 mission, is ESA’s first interplanetary mission jointly undertaken with the Russian space agency Roscosmos.

Schiaparelli took off for Mars in March aboard a Russian rocket together with the Trace Gas Orbiter.

The orbiter, which also has NASA-made instruments on board, will act as a radio relay for future missions from the surface of Mars, as well as analyze methane and other gases in the atmosphere.

The prospect of finding even microscopic organisms on Mars has excited scientists for some time, but so far none has been discovered.

Jan Woerner, the head of ESA, insisted that the mission should still be considered a success because the mother ship had been placed in orbit around Mars as planned.

While the fate of Schiaparelli remained unclear, Woerner noted that it was always meant to be a test for a future rover mission.

The data gleaned from the lander’s descent will be crucial for helping scientists avoid a repeat of the Beagle 2 mission 13 years ago, said ESA’s spacecraft operations manager, Andrea Accomazzo.

“If we hadn’t obtained that data it would have been a total waste,” he said. “It’s fundamental that we understand what went wrong.”

All hope is not lost for Schiaparelli, though, said Accomazzo.

“We cannot exclude that (it) is safe on the surface and might be in a position to transmit, but I would judge it unlikely.”