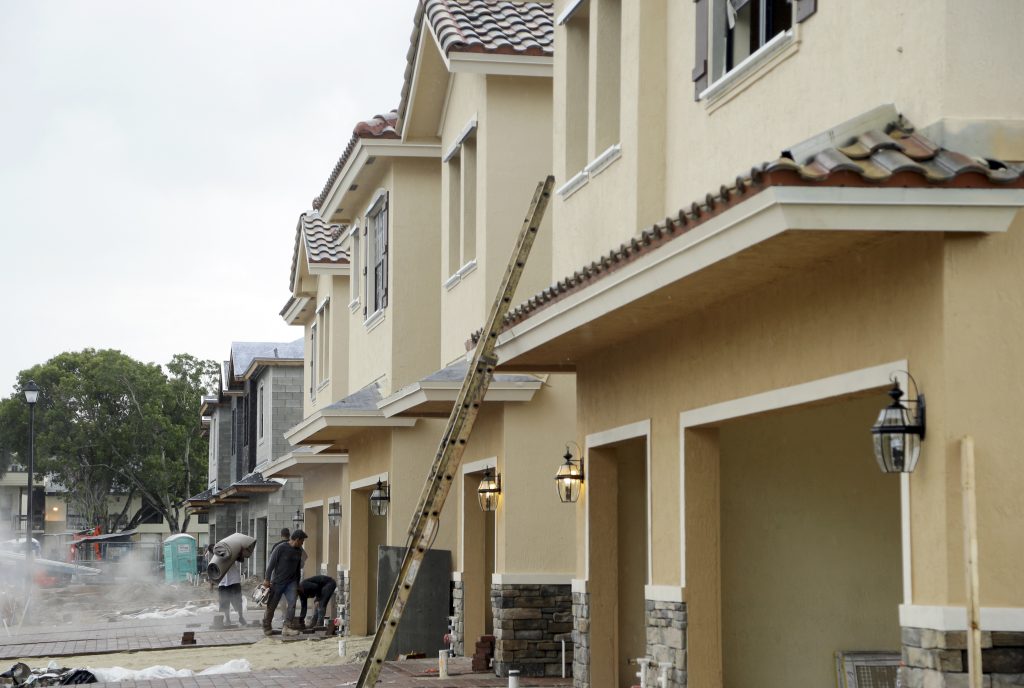 Homebuilders pulled back on construction for a second straight month in September, with a plunge in apartments offsetting gains in single-family homes. Building activity was weak in all parts of the country except the Midwest.

Construction tumbled 9 percent in September to a seasonally adjusted annual rate of 1.05 million units, the Commerce Department reported Wednesday. It was the slowest pace in 18 months. Construction had fallen 5.6 percent in August.

The weakness last month reflected a 38 percent drop in construction of apartments, which overshadowed an 8.1 percent rise in single-family construction.

Despite the two months of declines, home construction has been one of the bright spots in the economy this year. Builders have been scrambling to keep up with rising demand amid continued strong job gains and low mortgage rates.

The September performance was weaker than expected. Analysts had been forecasting a rebound. But they noted that the smaller apartment segment of construction is often volatile from month to month.

“Given the volatility of the multifamily sector, there is not enough in this report to suggest the steady uptrend in housing starts is changing yet,” economists at Contingent Macro Research said in a research note.

Applications for building permits, a good sign of future activity, posted an increase of 6.3 percent in September. It was the biggest one-month gain since last November, pushing activity to an annual rate of 1.22 million units.

A survey of builder sentiment on Tuesday showed that builders’ confidence about the future eased back a bit this month after surging to the highest level in nearly a year in September.