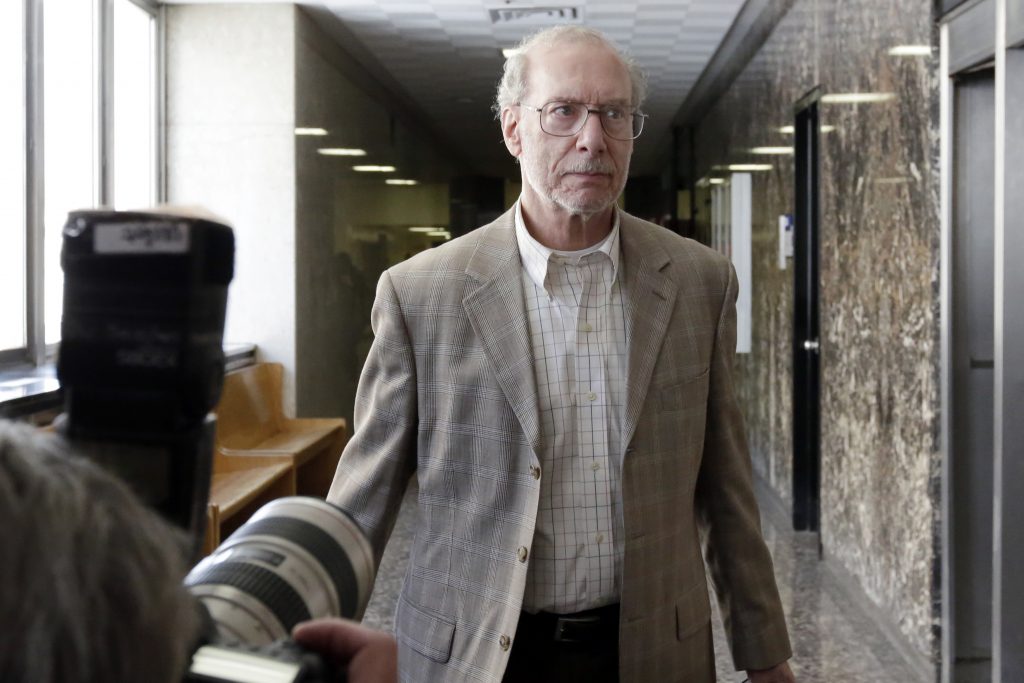 Revisiting a crime that shattered a bygone era’s sense of safety, prosecutors on Wednesday launched their second bid for a conviction in one of the nation’s most influential missing-child cases, the 1979 disappearance of Etan Patz.

After a jury deadlock last year, suspect Pedro Hernandez is back on trial in a case that eluded investigators for decades, ratcheted up Americans’ consciousness of missing children and now centers on whether a chilling confession was true.

“It’s a cautionary tale, a defining moment, a loss of innocence,” Manhattan Assistant District Attorney Joan Illuzzi said as opening statements began. “It is Etan who will forever symbolize the loss of that innocence.”

With his father and Hernandez’s wife and daughter looking on, the trial began as an echo of the haunting story that unfolded over four months last year – so haunting that about eight of the prior jurors and alternates were in the audience Wednesday to watch.

Prosecutors say Hernandez, 55, hid a brutal secret for more than 30 years. His lawyers say he’s mentally ill and falsely confessed to waylaying and killing Etan as he walked to his school bus stop on May 25, 1979. It was the first day his mother granted her 6-year-old’s big-boy wish to make the two-block walk by himself.

“Pedro Hernandez is an innocent man – an odd, limited and vulnerable person” whose only connection to this case is having worked at a convenience store by the bus stop, defense lawyer Harvey Fishbein told jurors.

“This trial,” Fishbein said, “will not answer the question of what happened to Etan.”

Etan’s case did much to slam a door on a time when American parents, even some in New York City, felt comfortable letting children roam their neighborhoods unaccompanied.

The upbeat, trusting boy’s body was never found, but his face became one of the first missing-children’s portraits that Americans saw on milk cartons. The anniversary of his disappearance became National Missing Children’s Day, and his parents helped push for a law that modernized how law enforcement handles missing-child cases.

Hernandez, 55, of Maple Shade, New Jersey, wasn’t a suspect until police got a 2012 tip from his brother-in-law. He was among several relatives and acquaintances who later testified that Hernandez said years ago he’d killed a child in New York.

Hernandez then told authorities, on video, that he’d choked Etan after offering him a soda to lure him into the basement of the convenience store.

“Something just took over me,” Hernandez said. “I’m being honest. I feel bad what I did.”

Prosecutors depict Hernandez as a cunning criminal. “You will see a man with very good memory, controlling and very aware of what he was going to say and what he wasn’t going to say” when he confessed, Illuzzi told jurors Wednesday.

But the defense says the confession is fiction, imagined by a man with a history of hallucinations and an IQ in the lowest 2 percent of the population, and fueled by more than six hours of police questioning off-camera.

Defense psychological experts said Hernandez had given them dreamlike accounts of the killing, at points saying as many as 15 mysterious people were on hand, some wearing hospital gowns and pearls. He wavered on whether it actually happened, the defense doctors said.

“Pedro sees, hears and believes things that are not real,” Fishbein said, noting that Hernandez has been on antipsychotic medication since the early 2000s and, even in his recorded confessions to authorities, describes having seen his dead mother speak to him.

The defense also suggests the real killer may be a convicted Pennsylvania criminal who was a prime suspect for years. He has denied involvement in Etan’s death.